Is Avon a Scam? Uncover Their Not-So-Beautiful Secrets HERE!
0 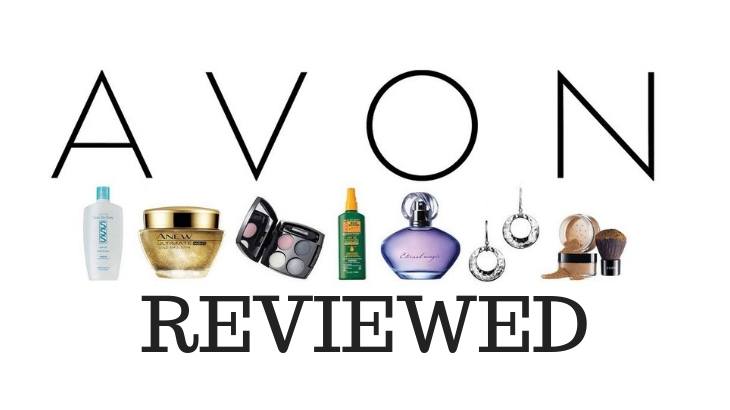 Is Avon a Scam? Uncover Their Not-So-Beautiful Secrets HERE!

Welcome to my Avon review!

This company needs no introduction since everyone has heard of Avon at least once in their lifetime, be it through family or friends selling their products.

Let me be completely transparent with you, I'm not associated with Avon in any form.

Instead, I'm here to reveal the company's business opportunities and its secrets to how it's lasted for more than a hundred years.

Best For:  People who know their cosmetics and for people who're aggressive sellers and recruiters Summary:  Avon is a company that's been here long before any other MLM company. It's a brand synonymous to Victoria's Secret or Nike, and everyone knows about them. They have members all across the world who've availed of their business opportunity. However, their representatives are losing money (and I'll prove that in this article). Combine that with their level requirements, there are certain hindrances to people making any money with Avon.

Quick Navigation
What is Avon?
How To Make Money With Avon?
Avon Ugly Truths Revealed!
What I Like About Avon?
Is Avon A Scam?
How I Make A Living Online?

Avon Product Inc. is a name that everyone has heard of in the Multi-Level Marketing World. They’re that big.

Their market size and sales make them the second largest MLM company in the world, with the first being Amway. Avon was founded in 1886 by David McConnell, who started out as a door-to-door salesman selling their very first product: a perfume.

He went on to partner with Alexander Henderson and named the company as the California Perfume Company in 1894. Fast forward to 1932, the company changed its name to Avon.

Avon is now led by Sheri McCoy and its main headquarters is located in London.

To date, the company has 6.5 million members around the world and earned a revenue of $5.7 billion. These are divided into the following categories:

The products are posted on brochures and catalogs that members can look at and sell to their customers.

Do the products work?

Some of the people complained about their products giving them allergic reactions and some products like their lipstick losing their color over time. To me, that’s normal to any cosmetic brand.

Is Avon the best cosmetic brand there is? Definitely not.

Avon is pretty much at par with any brand of MLM company that sells cosmetic products, so their quality is as good as SeneGence, It Works!,  and Jeunesse.

How To Make Money With Avon?

There are two ways to earn money with Avon.

So, selling product and recruiting people are two ways to make money with Avon.

How To Get Started With Avon?

It only costs $10 to join as an affiliate, which is one of the lowest fees in the MLM markets.

Then you’ll have to purchase your own brochures and marketing materials, along with shipping and handling as well as a catalog of your own products to sell from there.

Then you can purchase these starter kits (depending on availability and country): The company’s compensation plan is pretty straightforward, and members earn income based on the products they sell and the sales that their members have achieved as well.

This is the heart of the Avon business opportunity. When you sell products, you make money, and if the team makes money, you all make money. As you go up in campaign sales (I assume this is monthly), so does your commission percentages for that month. With that said, you have to maintain a $500 monthly sale if you want to enjoy that 40% commission (on beauty and jewelry) and 20% (on fashion and home)

Members are rewarded for bringing in and developing new Avon representatives. They earn $20 bonus each time their developing associate has purchased at least $150 or more within their first two campaigns. This is paid out on top of other bonuses.

When a member sells $50 or more in a campaign, they’ll earn a 3% sponsoring bonus on all the Personal sales of all Representatives that they personally sponsored. This is paid out on top of any other bonus they may earn from that sale.

As the team grows, you advance up their tier.

When you get promoted to Bronze Ambassador, you’ll be paid a $500 promotion bonus. However, the bonuses are paid out on four equal installments and only when you’re able to maintain the requirements of the title.

Members earn more income when they develop a strong team. When a member becomes a Star Promoter, they begin earning a sales bonus on their team.

The percentage they earn and the number of generations that a member is paid on is based on their Performance Title, regardless of the titles of the representatives in their generations.

I won’t spend too much time on their compensation plan, so this video should briefly summarize Avon’s business opportunity:

On top of having to restock products, you’ll still be investing more money than you should. You’re still printing your marketing materials, business cards, and flyers, and then building your website, and all that.

This may not be necessary to do that, but if you want to be the best representative that Avon has, then you’re going to want to treat it as a business.

And if you have to treat it as a business, then you’re going to incur business costs.

It takes a long time to move to a higher position, and this depends on the amount of sales that you make or the growth that you and your team shows.

If you’re not going to be an aggressive representative, you’re never going to go up on their corporate ladder and the commission rate.

Remember, you want to be earning 50% commission rates to turn a profit (see my first point about people losing money).

Like all MLM’s, Avon provides their representatives a chance to work on their own business and control over their own income.

Now, after multiple Google searches, I was unable to find a direct link to any version of their income disclosure statement. However, I was able to deduce how much their representatives are earning thanks to their 2015 Avon Annual Report, which is made available to the public.

This is a 140 page report, but I will just get down to the important details.

First, a summary of their maximum earnings per Avon representative, as shown below:

Now, I couldn’t find any income disclosure statement, so I’ll assume that all these representatives earned 50% commissions on all of their campaigns.

On maximum commission rate, the average Avon rep earned a little over $1,000 in retail commissions in 2015.

Wow! Even at maximum commission, that’s the maximum amount a rep could earn on retail.

So, they’d have to sell around $2,000 or more every month to maintain their commission rate and to get their hefty $80 commission bonus every month.

That’s not even enough for anyone to spend that much time and effort on.

But what about other bonuses, you ask?

We once again refer to the annual report to show how much representatives earned from incentives:

Even at max commission rates and with incentives, a rep only earned $132.33 per month on average.

What about those earning at lesser commission rates?

Now, this is just income, not profit. You still have to deduct from that all the time and money you spent to make those sales.

So, if you spent around $200 on your marketing campaign alone, you’re already on the red zone and lost money already.

If that was the case, then you’re probably better off with affiliate marketing.

Most business opportunities that involve cosmetics cost a lot of money to get started, but Avon is a lot cheaper than its competitors like Younique and Scentsy.

You only pay a minimum fee to become an affiliate and from there, it’s up to you on how much you’re going to stock for your first campaign.

#2 – The Company Has Been Around For A Long Time

The company has been around since 1886 and has survived two World Wars and The Great Depression.

If you’re looking to bank on a company’s reputation based on how long they’ve been around, then you can’t go wrong with Avon.

If that’s not a testimony to their resiliency, I don’t know what is.

Is Avon A Scam?

Avon has been around for more than a hundred years and have survived its fair share of global disasters, and they provide a legitimate business opportunity to people all across the world.

It’s a brand that’s synonymous to the likes of Adidas, or Victoria’s Secret: everyone knows about them.

Avon provides their representatives full control over how much they’re earning, which is both good and bad for the rep. As I discussed earlier, their reps are not making that much money to make the business opportunity worth their while.

Even when I calculated it at maximum commission rate, the representatives earned more than a hundred dollars per month and this is a red flag for me (and I’m not even selling their products!)

It’s also difficult to achieve and maintain your commission rates because of the requirements, so that’s another hindrance to people making money with Avon.

With that said, I wouldn’t recommend Avon to anyone who seek financial independence or want to establish their own business.