What Is Use2Earn? Watch Out For This Huge Influencer Scam!
0 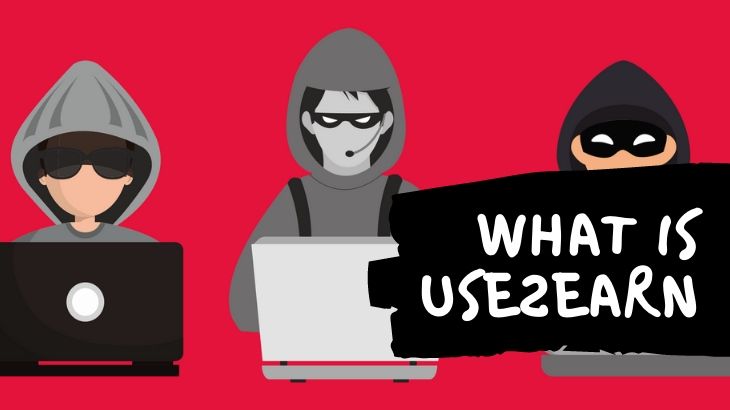 What Is Use2Earn? Watch Out For This Huge Influencer Scam!

Welcome to my Use2Earn review!

There are a lot of GPT sites out there that we believe to be a part of a huge network of scams. These scams will not ask for your money, but will ask for something more valuable: personal information. Their MO is simple: make you believe you’re earning the big bucks, have you sign up for different BS on their site, and then before you know it, you’re getting cold calls from marketers.

You want to know the worst part? You’re not even getting paid for the troubles they caused.

This is Use2Earn, and we believe they’re part of this network.

I am not affiliated with or a member of this program. This review has been carried out through careful research and based on verifiable information and/or testimonials available online for the public. Any recommendations or conclusions made by Smart Affiliate Success and its team may not apply, or even agree with, all persons and/or situations. You may view our full disclaimer by clicking this link.

Instead, I'm here to reveal what makes this a scam! 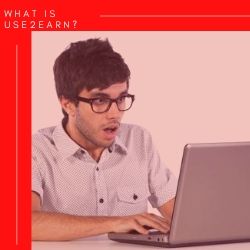 Summary:  Don't believe everything you see on Use2Earn's website. It's filled with nothing but lies. The testimonials are fake. and the payment proofs are also fake. They're even copied from another scam site. Every single income claim can be debunked by simple math!

Use2Earn is a GPT or Get Paid To site that hires you as an “influencer” because they’re an “Influencer Network”. They’re partnered with social media companies that market the big named brands, and working for Use2Earn will have you working alongside those big brands.

What Is Use2Earn - Landing Page

And you know what they say; with big brands come the big payouts.

Similar to other GPT/Influencer sites we reviewed previously, Use2Earn follows a simplistic yet somehow flashy website that presents everything you need to know about the program and more. They claim that they’ve been around for more than a few years, and have paid out millions of dollars to their members.

But we all know the truth. They’ve not paid anything, and they haven’t been around for years.

We don’t even know who their owners are or where they operate. These alone are two huge red flags, but we’ll talk more about their MO in the next section.

By now, you should understand that Use2Earn tries to appeal to your emotions by promising you could make big bucks without having to do a lot of work.

The signup is simple; they just get your name, address, and some other contact information. Then they get you access to the member’s dashboard, which contains the supposed tasks that will help you make money.

They also promise you that you’re going to get $25 for signing up, and it will show up on your member’s dashboard.

However, it comes with an obligation. You can’t withdraw the cash unless you complete the following requirements:

Sounds simple enough, right? Here’s the truth though: you’re never going to get anything even if you complete the requirements.

How Do You Make Money?

For the sake of this review, you make money by completing their CPA or Cost Per Action offers. These are paid out to publishers such as Use2Earn, where they earn commissions whenever their members complete their tasks.

For example, if a company requires a form to be completed, they send it over to Use2Earn or any publisher, someone completes the form, and both Use2Earn and the member gets paid. Let’s say the company pays out $100 to Use2Earn to have 1,000 forms filled out. They take this payment and divide it accordingly. Most of it will be counted to their profits, so you’ll probably get a small percentage.

And by small percentage, we mean SMALL PERCENTAGE. Assuming that 10% is paid out to the participating members, 10% of $100 will be split across 1,000 members who completed the task.

Use2Earn publishes a $30 Task Wall that has you doing the following:

After you complete these, you get $30 and wait for the funds to show on your account. Then you now have $55 or so in your account ready for withdrawal.

Then again, this money does not exist.

When you complete the requirements and do all of the tasks, you get absolutely nothing. The CPA offers are legitimate, and come from actual companies. It just so happens that you’re not getting a slice of the pie that Use2Earn promises.

It also seems obvious, but they don’t have the money to actually pay everyone out.

Let me explain here by carrying out some math.

Let’s assume that there are 1000 members awaiting payout for the week. The bare minimum would be $25 because that’s what’s promised.

In order for the company to pay out that much, they would have to be paid thousands of dollars for these tasks by their clients. Like I mentioned earlier, the participants are getting a slice of the pie from their profits.

If $25 was the promised amount, that would mean the company would have to have accumulated enough cash to divide $25 for 1000 members.

So that $25,000 we computed earlier is actually 10% of what the company was paid to do to complete the task. This would mean the company got paid $250,000 for having forms filled up.

Do you really think companies are willing to pay that much money to get a few people to sing up their forms? We don’t think so. $250,000 for 1,000 forms signed up does not make sense.

The math we did is actually for just 1000 members who want to get paid. That number will blow up if you scale the number of members up.

Use2Earn is not meant for anyone, and we’ll tell you why in the next section!

You’re not making any money here. You’re made to jump through hoops, thinking you could cash out at least $25. But the soonest time you complete the requirements, they find a way to take that away from you by banning you from the site.

Remember the math we did earlier? Well, they claim that they have 730,000 members on their site, so they’re actually paying out much more.

And I don’t even want to believe they’re getting paid that much by these companies to get stuff done.

Use2Earn claims that they started in 2015, but a quick domain registration search led us to this: 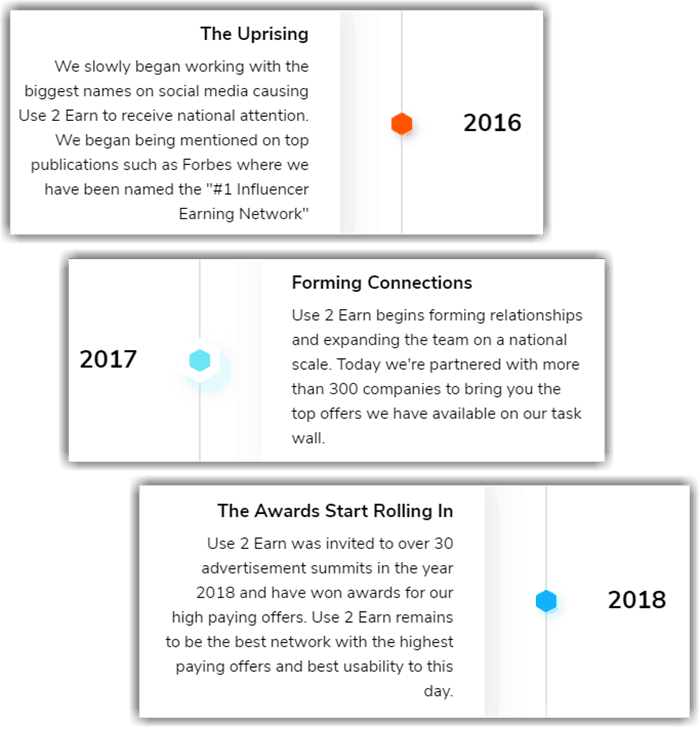 What Is Use2Earn - Lied About Being in Forbes 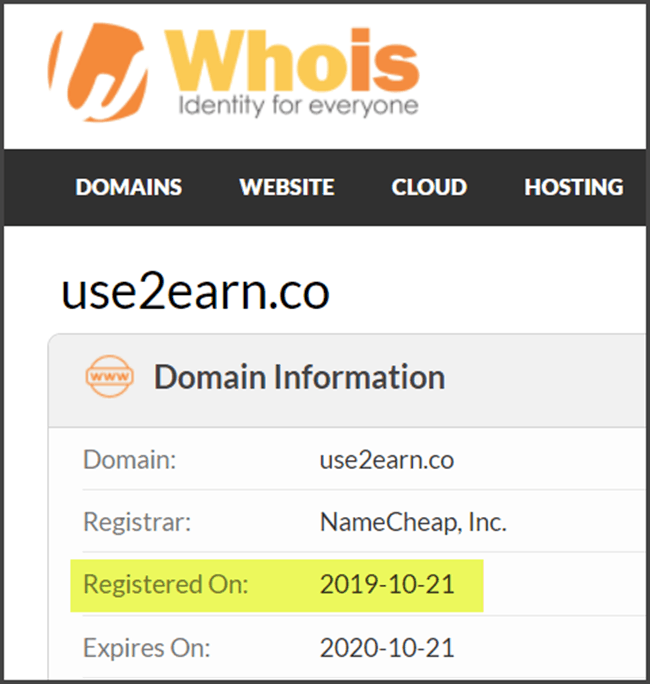 What Is Use2Earn - Actual Start Date

Their site launched in October 2019, which disproves another claim they make of being around for a few years.

Not only did they lie about their start date, but they also lied about their payment proofs. Some of the proofs even bore the logo of Tap2Earn, another GPT influencer scam that follows the same MO as Use2Earn.

What Is Use2Earn - Fake Payment Proofs

If you also look closely, the dates of payment were made before the site was actually created. Two lies in one photo!

Their testimonials are 100% fake, and they’re just copy-pasted from Tap2Earn, which they got from another one of their sister sites.

Check these screenshots out: 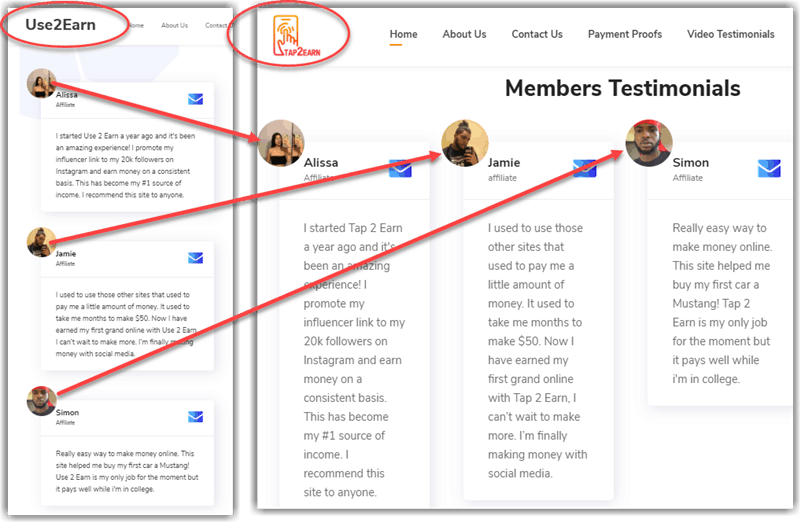 What Is Use2Earn - Same People

#6 Identical To Other Scams

We believe that they’re part of the network that created these other scams too. We’ve reviewed a handful of them, and we’re still uncovering the whole lot of them.

The Better Business Bureau has issued out a warning on these types of sites on July 2019. While not exactly addressing Use2Earn specifically, they did mark out some red flags that these sites shared. 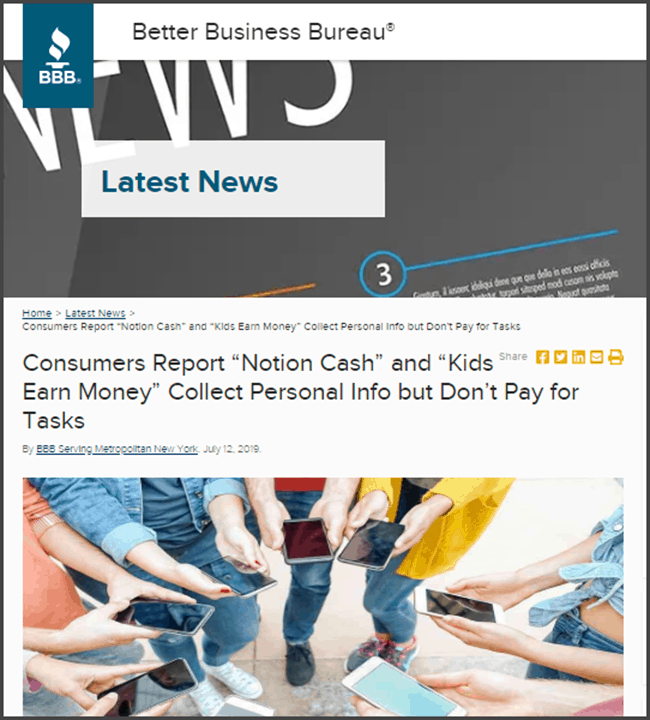 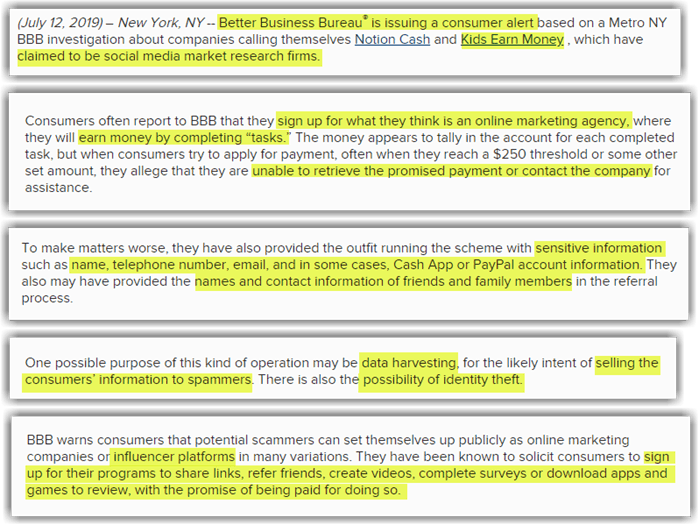 BBB warned people to be on the lookout for the scams by checking these red flags:

Again, these are all signs and warnings that can also be found on Use2Earn. Coincidence?

There’s nothing positive worth mentioning about Use2Earn. Everything about them is made up of lies and fake details.

Use2Earn is as fake as it can get, and we believe that it’s part of a huge network of influencer scams. Don’t believe a word out of their landing page, their sales videos, and even their testimonials.

Stay away from this program at all costs!