What Is Epic Trading? It's A Forex Trading MLM With A Twist!
0 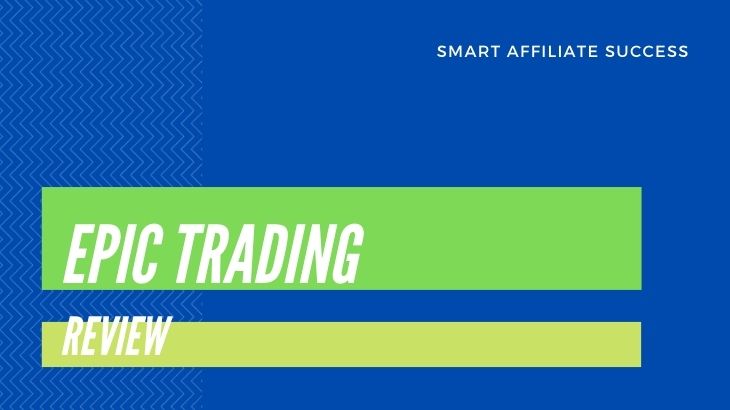 What Is Epic Trading? It’s A Forex Trading MLM With A Twist!

Welcome to my Epic Trading review!

There’s a lot of reasons why Forex Trading MLM companies just do so well. For one thing, majority of ones we reviewed were nothing more than fancy Pyramid Schemes. A handful just didn’t make sense to invest in the program.

We have yet to see a Forex Trading MLM that’s really worth the time and money to get into.

Today, we’re reviewing a company called Epic Trading and we’re going to find out what makes them tick.

Let me be completely transparent with you, I'm not associated with Epic Trading in any form.

Instead, I'm here to reveal the ins and outs of this MLM company. 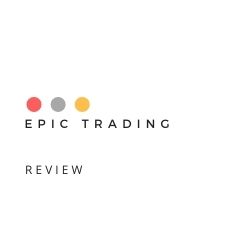 Summary:  Epic Trading is a forex trading MLM company that doesn't really impress us for a number of reasons. First, the owner's had some serious involvement with some pyramid schemes. Second, this might be a pyramid scheme but it's too early to tell.

What is Epic Trading?

Epic Trading is a MLM or multi-level marketing company that operates in the Forex Trading niche, one of the relatively smaller niches in the industry.

Leading the company is David McCovy, who you may know from other MLM’s such as:

McCovy’s first success was recognized during his stint with 5Linx, rising to the ranks of Senior Vice President somewhere around 2014. He then went on to join Paycation, a notorious pyramid scheme.

But his time at Paycation was brief and left it in 2015 to start Evolution Travel.

As of this writing, Evolution Travel continues to operate, but in our review, we found out that it was a clone of Paycation. ET ran the same MO and compensation plan as Paycation.

It appears that McCovy is operating Epic Trading and Evolution Travel at the same time.

Just like his previous programs, McCovy does his best to provide some form of product within his company.

This subscription is separate from the MLM costs of joining. Epic Scholar costs $99 a month.

Now the website doesn’t do a decent job of providing information on its Forex-related offerings, so we’re working with third-party source.

We consider this highly suspicious that he doesn’t disclose how any of the Forex trading is being done on their program because it leaves consumers like you without any way to make an educated decision about joining the program.

All you are promised is something to help you with Forex trading, but even then, it’s hit or miss.

One good thing about the company is that it doesn’t promise passive income, which delves into securities territories.

According to their website, it doesn’t provide investment advice since their trade signals are delivered to all members without any regard for the individual trader’s objectives, suitability, or conditions. They also claim that they do not exercise trading authority over any trades.

You and you alone have the sole decision to carry out any trade. This leads me to believe that there’s no form of automated trading done here by Epic Trading.

On to the topic of their product, Epic Scholar, they have some form of legitimacy in the way operate. Both the FTC and SEC keep an eye out for the absence of any product or service within MLM companies. This is because it allows them to operate based on recruitment incentives. This is a huge red flag for the financial regulators.

However, Epic Trading offers Epic Scholar as an independent subscription, and it doesn’t obligate the consumer to sign up for the MLM side of things. This may be an attempt at retail, but how far can McCovy take this MO?

How To Make Money with Epic Trading?

There’s only one way to make money from Epic Trading and that’s to build your downline, which we’ll explain in the next section.

How To Get Started with Epic Trading?

The cost to join Epic Trading is $99 per month, which is the cost for Epic Scholar. It doesn’t include the MLM compensation plan.

To start promoting this as an income opportunity, you’ll have to sign up as an IBO for $24.99 per month. IBO stands for Independent Business Owner.

You can sign up for either without paying for the other.

Their compensation plan is focused on sponsoring new members and selling to retail customers. Here’s the lowdown:

There are 12 ranks to climb in this company, which can be done by qualifying via meeting sales goals and recruitment goals.

One retail subscription is worth 100GV. To remain active, you have to maintain 3 active personally sponsored members.

You earn weekly commissions based on your rank:

What Is Epic Trading - Residual Commissions

You also get residual commissions based on your rank, but no specific details are provided as to how much you can actually get from this.

Okay, let’s get one thing out of the way. The incentives are purely based on recruitment, with a little bit of retail incentives.

How did we know that?

Well according to their site, Epic Trading recommends that all customers who’re interested in the compensation plan to join as an Epic Scholar sub first to experience the platform and what it has to offer.

However, without any information as to how the program ACTUALLY works, I wouldn’t be surprised to see if people signed up for the $99 program first before the $24.99 program.

We don’t really recommend forex trading MLM companies for a lot of reason, but the biggest reason why is that it’s a risky business venture. You’re taking in your hard-earned money and hoping to get it back tenfold.

You also have an equal chance of losing your money in the process.

#3 Owner’s Involvement With Other Pyramid Schemes

There’s no way we’re not going to let this slide from this review. It may be a bit unfair to assume that this might be a pyramid scheme because of the owner’s previous involvement, but it can’t be helped.

Epic Trading is almost built the same way as Evolution Travel. The only difference being one is a travel platform and one is a forex training platform.

Is Epic Trading a Scam?

Epic Trading is far from being a scam, but it’s also far from what I could call to be a decent MLM program. There’s just a lot of suspicious activities going around that we just can’t shake the feeling of this being a pyramid scheme.

We don’t recommend this program to anyone at this time, nor in the foreseeable future.

What Is Profit Fix Formula? Get Started With Making Sales Funnels!

What Is Too Damn Easy? A Stupid Cash Gifting Scheme!

What Is Instant Income At Home? A Stupid GRQ Scheme!