What Is Cash4Clickz? It's Another Influencer Scam!
0

What Is Cash4Clickz? It’s Another Influencer Scam!

Welcome to my Cash4Clickz review!

We’ve reviewed some of their scams over the past few months, and we’re getting started in unravelling their entire network.

What they do is that they lure you in with promises of making hundreds of dollars per day, with a teaser of $25 per day when you sign up. It just goes on from there as they promise to pay you insane amounts of money for completing tasks.

Let me be completely transparent with you, I'm not associated with Cash4Clickz in any form.

Instead, I'm here to reveal what this scam is all about! 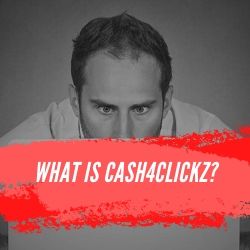 Summary:  Cash4Clickz is part of an influencer scam that we've been slowly uncovering over the past few weeks. They are part of a huge network with nothing but copy-and-pasted content, from fake testimonials to overly hyped up claims. There's nothing of value here.

Cash4Clickz is part of a scam network called an Influencer Network. What they mean is that you’ll make money every time you refer someone to their website using your social media sites.

What Is Cash4Clickz - Landing Page

As a registered member, you’re qualified to take part in task completion, which range from surveys to downloading apps to watching videos, and then earning money as you complete these tasks.

They also claim that they pay out really well compared to other GPT and survey sites, so you start to ask yourself?

How are they making that much money if every influencer out there on their network is earning hundreds of dollars per day?

Well, the only explanation is that their sponsors or partners are paying them huge amounts of money so it only makes sense to give a portion of it to their members.

At least that’s what they claim.

There’s no information on who founded the network, nor is there any mention on where they’re operating. This goes the same for all the other sites on their network.

How Do You Make Money?

Well I’m going to tell you right now that you’re not going to get paid at all.

Everything that Cash4Clickz sounds so easy, but if you plan on withdrawing your money, you need to do the following:

See how they make you jump through hoops? By the time you want to withdraw your $25, you already accumulated about $90 from referrals and then some through your task wall.

So let’s say that you accumulated $150 in a couple of hours. Easy, right?

Well if you try to withdraw the second time, they’ll ban your account and tell you that your account clicks and sign-ups were all fake. So everything you worked hard for are now invalid.

Check out this one feedback from a disappointed customer: 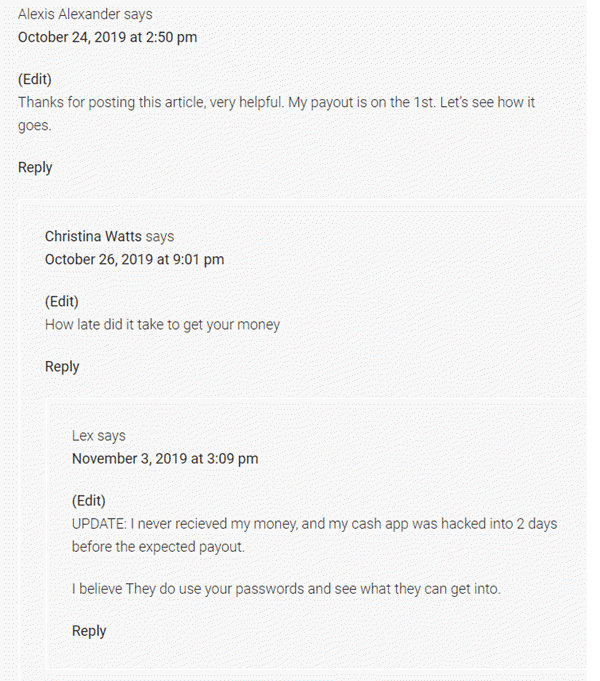 What Is Cash4Clickz - Customer Complaint

And it just goes on from there. People who joined the sites that’re part of their network shared the same sentiments: they all did the work, they got banned when they tried to cash out again, and they are now back to 0.

Cash4Clickz and the other sites on their network are doing one of few things:

No one. Cash4Clickz is an obvious scam and we’ll share with you the reasons why we think it’s a scam in the next section below.

There’s no information on who the owner is or where they’re currently located. The lack of transparency on the owner information simply means that they don’t want to be liable for anything.

They know that they don’t have a legitimate company and product, so they don’t want to be sued for it. It’s that easy.

Well, only they’re making real money here and you’re not. That’s why they hype up the earnings so much because they want you to think there’s money to be made here.

That brings us to a payout of $145,000 for completing the requirements for withdrawal.

If they have to pay out that amount, that would mean that their clients would be compensating them at least 50% more than that to generate a profit. This means that they would have their clients spend $290,000 for their services.

No legitimate company will ever spend hundreds of thousands of dollars to advertise on GPT or survey sites. PERIOD.

Just like their sister sites, their landing page is filled with fake testimonials, and you can see them all here.

They all use the same picture, same line, but with different names. Look at the testimonials from Cash4Clickz and their sister sites: 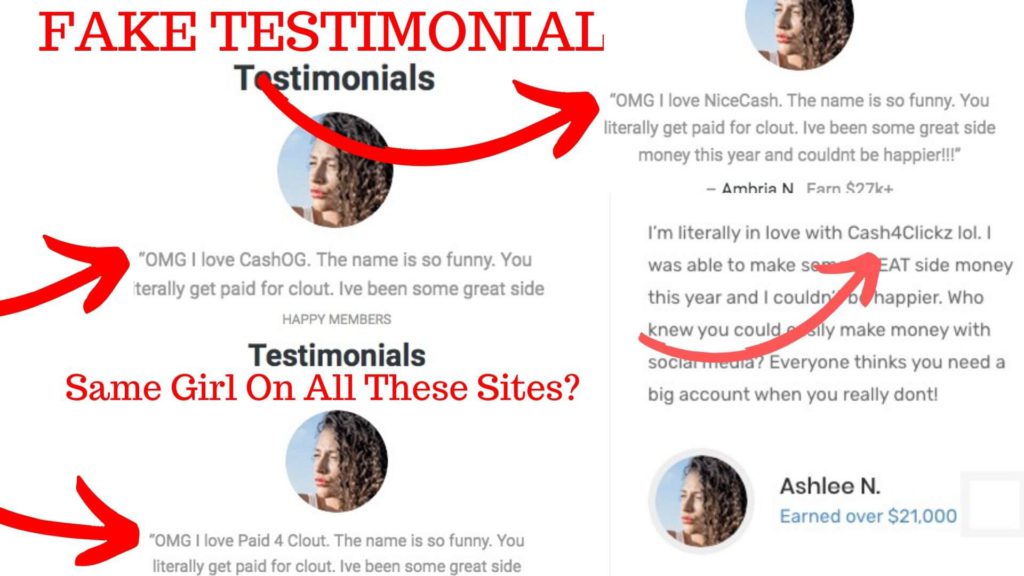 What Is Cash4Clickz - Fake Testimonials

If you check out our reviews of their sister sites, you’ll find that they also do the same thing.

There’s nothing that I like about the program because it’s an absolute scam.

Cash4Clickz is obviously a scam, just like its sister sites. There’s nothing positive going on around here and we just don’t want to recommend this program to anyone.