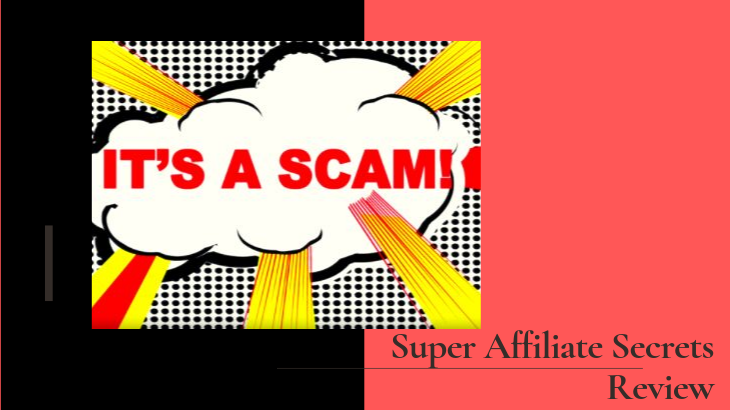 Affiliate marketing scams nowadays are trying hard to make it look like they run a legitimate business model.

They do this by providing sales videos, testimonials, and even a sales pitch from the owners themselves.

However, these tactics are also their undoing as it only takes a quick Google search to verify the truth behind what they say.

And one of the scams that we’re going to talk about today is Super Affiliate Secrets.

Let me be completely transparent with you, I'm not associated with Super Affiliate Secrets in any form.

Instead, I'm here to reveal what this scheme is hiding and where they're going to lead you down to.

Price:  $37 plus Super Affiliate Network membership levels costing up to thousands of dollars.

Best For: No one! 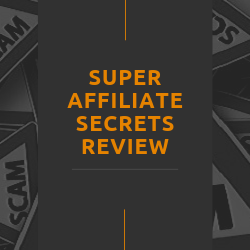 Summary:  Super Affiliate Secrets pretends to be an affiliate marketing program that promises you can make thousands of dollars online, but it's nothing more than just a sales funnel for a high-ticket MLM program. However, I have uncovered proof that there's something going on with this system and one of them is that no one's making any real money at all.

What is Super Affiliate Secrets?

Author’s Note: This is in no way connected to Spencer Mecham’s Affiliate Secrets, a legitimate affiliate marketing sales funnel program.

However, the program is far from what it’s supposed to be because it’s just your garden variety get-rich-quick scheme created by someone named Tanja Christiansen. She’s also the person talking on their sales video.

The video goes about for an hour and tells you hilarious claims about how you can solve all your financial problems through their system. She goes on about how you’re getting into their big secret and not wanting to tell anyone else. She does this a lot of times throughout the video.

In one part of the video, she mentions that the real creator of the program chooses to remain anonymous but doesn’t really tell you why.

So, how does the program work?

Super Affiliate Secrets lures you into their sales page through email, which is how I got word of their program to begin with.

However, once you sign up for Super Affiliate Secrets and pay for the membership, then you uncover their secret.

How Much Does The Super Affiliate Success System Cost?

It will only cost you $37 to sign up for Super Affiliate Secrets. However, Super Affiliate Network will require another sign-up fee, costing thousands of dollars per tier (and I’ll explain this in the next section).

What Are You Really Buying?

You’re buying into the Super Affiliate Network business opportunity, which is reminiscent of infamous high-ticket programs such as MOBE and The Digital Altitude, both of which are now shut down by the FTC or Federal Trade Commission.

What It Really Would Cost You!

Joining Super Affiliate Network will give you access to their commission program, which requires you to sell their membership levels.

Much like MOBE and Digital Altitude, the business model is a pay-to-win system that requires you to pay for whatever amount you want to earn.

You’ll earn 50% commission of the membership levels that you want to sell, but there’s a catch.

Here are the levels offered by SAN:

If you signed up under the Basic Membership level, you’ll be eligible for commissions when you sell the membership level. You won’t be able to earn more than that until you purchase the next level.

The training program provided will only teach you on how to actually sell their membership levels, and nothing more.

Who's Super Affiliate Secrets For?

#1 - The Income Disclosure Reveals All

Some folks who are fans of my work won’t care if the review is bad or not, but what they want to know is if they can earn money.

If this is you, then I completely get it. 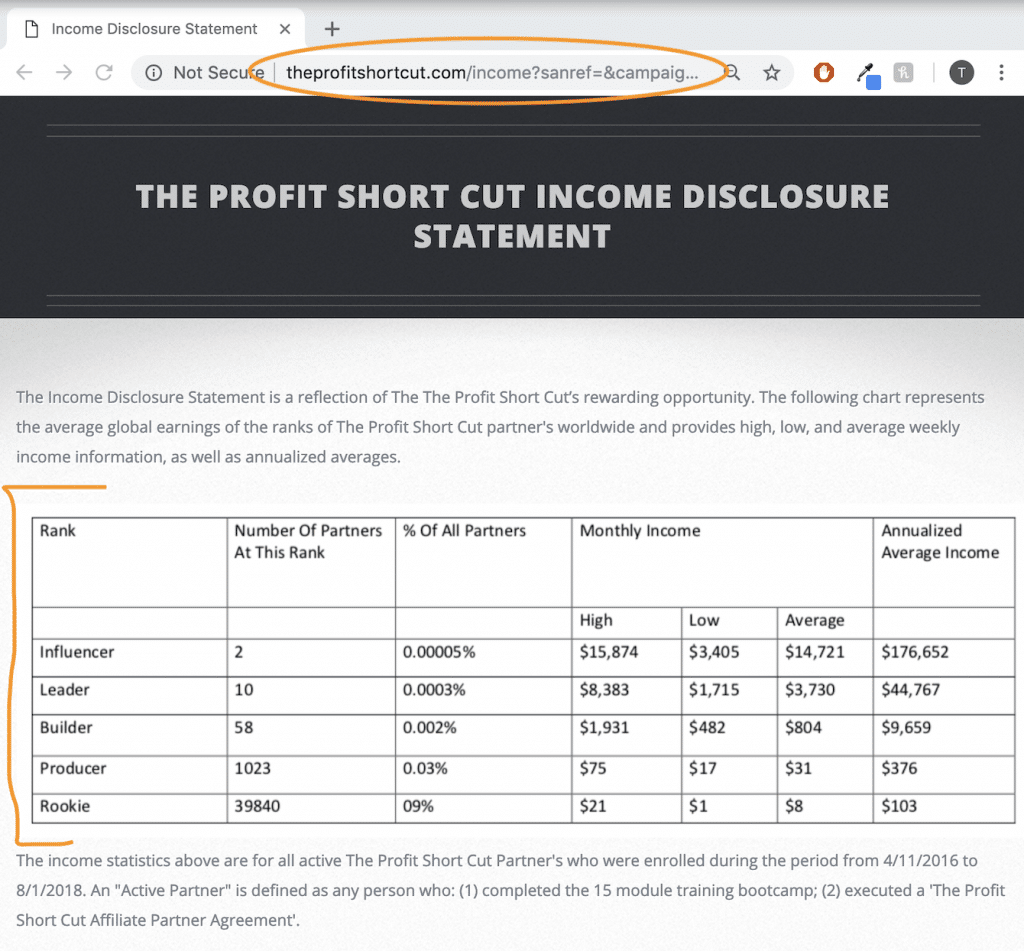 Super Affiliate Secrets actually provides you with their income disclosure statements, but it appears that they borrowed from another sales funnel called The Profit Shortcut.

The reason why I’m showing you their income disclosure statement is because the link actually takes you to that statement.

Meanwhile, you’ll also notice that The Super Affiliate Network has more or less the same statements.

In any case, out of their 40,000 members, less than 1% are only making a full-time income and the other 99% are barely making any real money at all.

And these are the people who’ve paid a lot of money to get into their system, but it appears that they have yet to recoup their losses.

At this point, I’m more inclined to believe that Tanja is the creator behind this program but makes it look like she’s just the spokesperson.

Regardless, I’ve proven that she’s no more than a fake person using a stock photo.

So, how could you trust a program that doesn’t even tell you who the real creator is?

#3 – There’s No Product Being Sold Here!

Both Super Affiliate Secrets and Super Affiliate Network are so close to be flagged as a pyramid scheme simply because they focus too much on recruitment as the main method to make money.

Based on the FTC’s guidelines for pyramid schemes, too much focus on recruitment is one of their red flags. It won’t be long now before SAN follows in the footsteps of MOBE and Digital Altitude.

However, I am not yet saying that SAN is a pyramid scheme, but it does work like one.

There’s nothing positive worth mentioning about the program because it’s a scam and a possible pyramid scheme.

Is Super Affiliate Secrets a Scam?

Super Affiliate Secrets is a scam in a sense that it’s nothing more than a sales funnel for another possible pyramid scheme, which is Super Affiliate Network.

Their income disclosure statements prove that no one’s earning any money aside from the owners or creators of the program.

My guess is that Super Affiliate Network will probably get flagged soon by the FTC for their illegitimate business model.

Rewarding Ways Review – Another GPT That’s Fun and Exciting But…

Is Traveling Vineyard a Scam? It’s a Fun MLM But…

Is Elevacity a Scam? Here’s What You Need To Know…