Freedom Formula Review - Here's What They're Not Telling You!
0 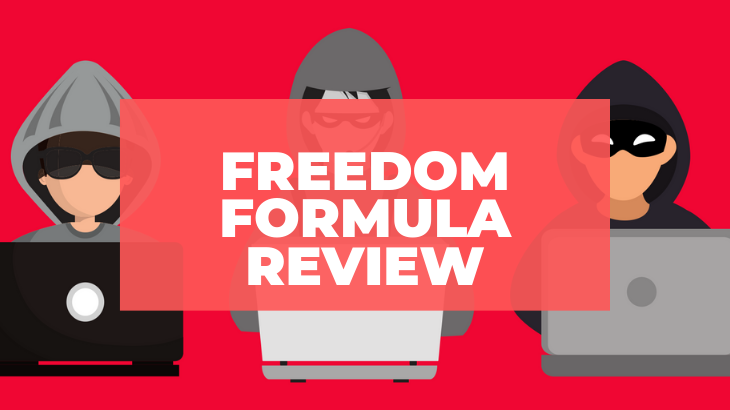 Freedom Formula Review – Here’s What They’re Not Telling You!

Welcome to my Freedom Formula review!

Freedom Formula does the latter, and we’ll explain why there’s just nothing to be earned from subscribing to this program.

Let me be completely transparent with you, I'm not associated with Freedom Formula in any form.

Instead, I'm here to reveal what this scam is not telling you in its sales video.

Founder:  Keysha (not a real person) 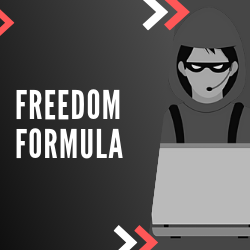 Summary:  Freedom Formula claims that you can make a thousand dollars online in a single month without doing a lot of work, but they don't show you how it's actually done or how that's even possible. Of all the red flags that were raised during this review, the biggest one would have to be that it's a sales funnel to another scam, which will be revealed in this article.

What is Freedom Formula?

The first time I saw Freedom Formula’s landing page, I was immediately skeptical because it looked like another scam that I previously reviewed called The Profit Shortcut.

But I don’t want to be biased, so I decided to do more research about the program to give it a second chance and to make sure that my first impressions are wrong.

The first thing that I did was watch their sales video, which was about 20 to 30 minutes long, and it was hosted by a woman named Keysha. She claims that this system can help you thousands of dollars in a month.

If you listen really carefully, they’re trying to sell you a get-rich-quick scheme that does absolutely nothing for you and instead, only provides financial advantage to Keysha and her team.

Keysha goes on and on about how she’s making big commissions from the system without doing a lot of work and effort on her end, and that you can too. She also goes as far as telling you that this system is the ultimate solution to your financial problems.

Throughout the sales video, there was no other information about what the system is actually about. You don’t get to hear how it works or how you’re making money. You only hear endless sales pitches and claims from Keysha.

There’s no real product other than you selling and promoting Freedom Formula, which is kind of a circular process. But then you also get the upsells, which are in no way related to Freedom Formula.

These are all worthless and can easily cost up to a thousand dollars, and each will claim that they can help you earn more money.

Freedom Formula doesn’t provide you with any product at all, but it makes you think you’re getting something. You’re only selling the system and its opportunity to earn commissions.

To call them features would be a far-stretch from the truth.

Okay you get some basic training into general affiliate marketing, but it’s designed to teach you how to sell Freedom Formula. It doesn’t show you the full potential of affiliate marketing and how it actually works to make you earn a lot of money.

You’re going to pay $37 to get into the program, and then you’ll be able to start selling the program itself to make a commission.

Then the upsells work the same as the introductory price, albeit a little more expensive. You’re only buying into the upsells to be able to sell them and earn a commission.

Upsells cost anywhere between a few hundred dollars up to a thousand.

Who's Freedom Formula For?

Freedom Formula is meant to prey on the uninformed and novice marketers, who have no idea how affiliate marketing actually works.

During my research, I found out that Freedom Formula is a sales funnel for another scam called The Super Affiliate Network, which is a high-ticket affiliate marketing training course that runs exactly the same as Freedom Formula. 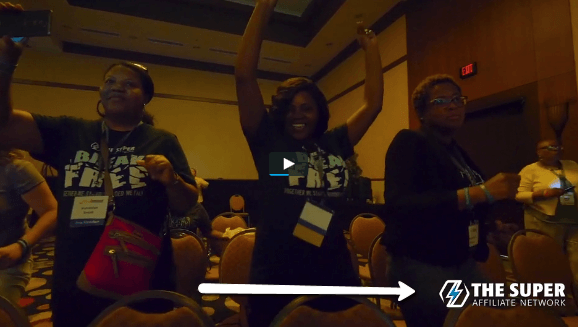 Now, Super Affiliate Network is using a MLM or multi-level marketing model to recruit more people into their program.

Super Affiliate Network also tries to let you buy into their program for a low price and then flood you with upsells, and then they’ll have other ways of providing you with more opportunities through recruitment as well.

In simpler terms, both try to sell you a dream of making a thousand dollars a month but it’s far from the truth.

Another red flag that was raised is that Freedom Formula is a Done-For-You program where everything is just spoon fed to you and then their automated system will do most of the heavy lifting for you.

Let me be honest here. Done-for-you systems are very unreliable because you don’t have full control over the program. You don’t have access to the back-end that would allow you to customize the page accordingly. 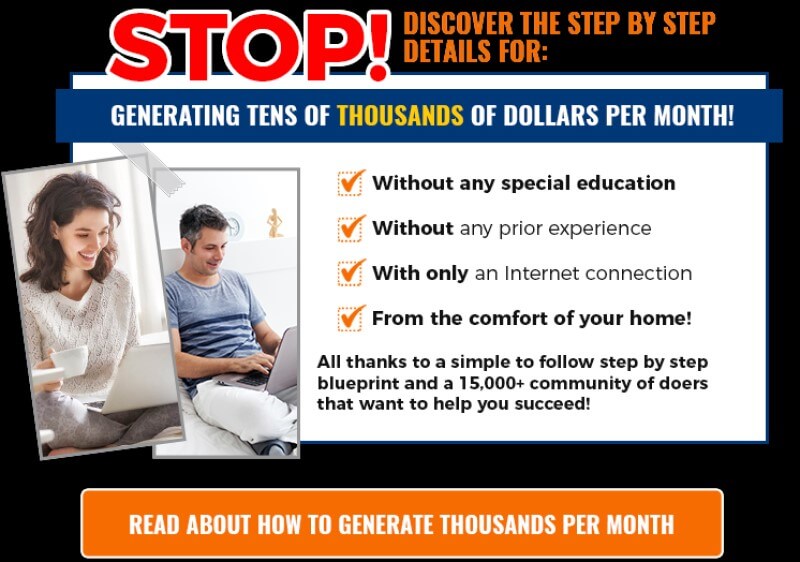 The tools they provide, on top of their upsells, are nothing more than to make you think there’s something running that could make you a lot of money.

But the main reason why this system is completely unreliable is the fact that once the program shuts down, your system goes away with them too. So, all the hard work you’ve invested all go down the drain.

Scams like Freedom Formula are quick to claim that their system could help you get rich, but in reality, they sneak in a legal disclaimer that says that they can’t actually guarantee your success. That way, you can’t sue them for misleading claims and false advertising.

They Cannot Guarantee your success

Both Super Affiliate Network and Freedom Formula will not vouch for their members’ success because that’s all part of their scheme.

What this paragraph should tell you is that you shouldn’t take their income claims seriously, even though they spent more than half of the sales video telling you that you could earn big bucks.

Nothing about this program is absolutely good for anyone, that’s why there’s no point in mentioning something positive about it.

Even in my unbiased tone, I don’t think there is something positive or good about this program.

Is Freedom Formula a Scam?

Freedom Formula is an absolute scam that funnels you into another scam, and for that reason, I don’t want to recommend this program to anyone.

You’re buying into a make-believe system that doesn’t even guarantee your success, so what it basically does is to just waste your time.

Rewarding Ways Review – Another GPT That’s Fun and Exciting But…

Is Traveling Vineyard a Scam? It’s a Fun MLM But…

Is Elevacity a Scam? Here’s What You Need To Know…