What Is Brank? It's a MLM Ponzi Scheme That's About To Go Down!
0 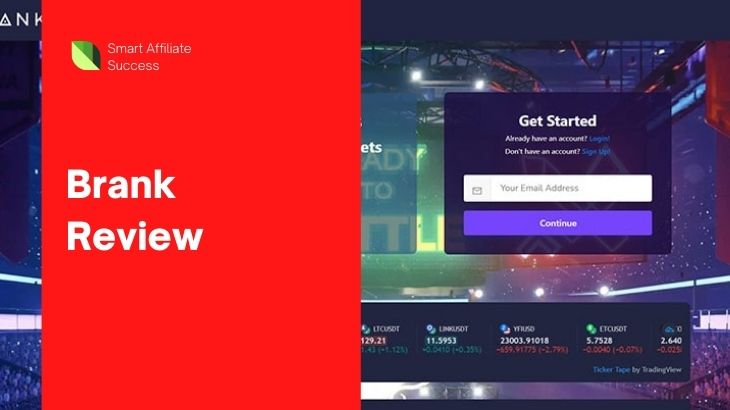 Welcome to my Brank review!

Investment schemes in the MLM industry are most likely scams because they go after people who don’t know how investing or trading work. It’s easy to spot them as well because they promise passive income or high ROI’s for a minimal investment.

A good example of these investment schemes is Brank, and that’s the company we’re going to review today.

Let me be completely transparent with you, I'm not associated with Brank in any form.

Instead, I'm here to reveal why this scheme is not going to last... 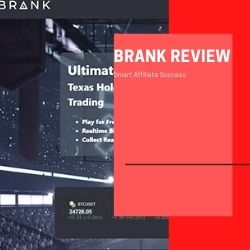 Summary:  Brank is an investment Ponzi scheme that's bound to go away once it's caught. The founders were known promoters of past Ponzi schemes, and their compensation plan is just one big red flag.

Table of Contents
Brank Review Summary
What is Brank?
How To Make Money with Brank?
Brank Ugly Truths Revealed!
What I Like About Brank?
Is Brank a Scam?
How I Make a Living Online?

Brank claims to be an investment MLM or multi-level marketing company that promises you can earn through your investments.

But it’s a claim that’s filled with lies. 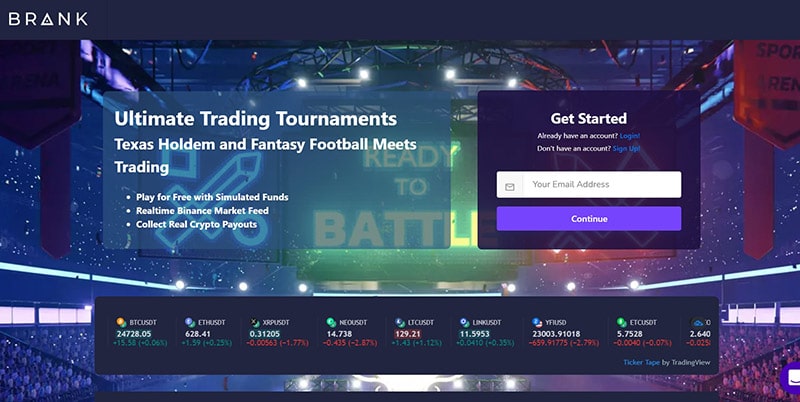 What Is Brank - Landing Page

On their website, they have no information as to who owns or runs the company, but if you do a quick Google search, you’ll actually find a name attached to the company.

As far as we’re concerned, this is Noorhamed’s first MLM venture.

But in December 2020, someone listed the other founders and partners of Brank on its LinkedIn profiles. These names are Nicholas Antel, Chris Hawk Jones, and Alan Friedland.

There was also one more name mentioned in another comment: Ari Maccabi. He’s mentioned to be one of the co-founders of Brank.

Last April 2020, Friedland was sued by the CFTC for running FinTech Investment Group and CompCoin. These were Ponzi schemes hiding behind a trading bot opportunity. He was also accused of stealing $1.6 million from his investors. The case is still on going.

But yeah, Friedland is supposed to be the guy that Brank hired for legal compliance and all.

You also get access to their platform that allows you to purchase game tokens and win. These game tokens can be converted into cryptocurrency.

Brank started as a gaming trading platform that launched in 2019, which is why you get access to their gaming platform. But they pivoted into something more nefarious and now they’re an investment opportunity where existing members withdraw subsequently invested funds.

This is nothing but your typical MLM crypto Ponzi scheme.

The gaming side of Brank has been reduced to nothing more than pseudo-compliance so they can carry out their fraudulent activities.

The gaming platform can earn you credits, which will allow you to purchase tokens to invest into the program. And vice versa.

This makes it a fraudulent investment opportunity because the internal credit value is based on the rate of token investment. This allows existing investors to cash out the invested funds.

The internal credit can only go up, which will continue to do so as long as new member investments pour in.

Ponzi math will also reveal that withdrawals will exhaust the funds until there can no longer be any more withdrawals.

How To Make Money with Brank?

There’s only one way to make money from Brank and that’s through new member recruitment. You have them invest into the program and you get a commission.

How To Get Started with Brank?

Program membership is Brank, but you have to invest a minimum of $6.50 and up to $6500 in tokens to participate in their income opportunity.

There is also a 20% withdrawal fee taken by Brank.

Brank members invest up to $6,500 in tokens, which are sold for $1.30 each paid in Ethereum. Note that Ethereum is a legitimate cryptocurrency, just used incorrectly by Brank.

What Is Brank - Compensation Plan

Brank converts the tokens into credits, thereby affecting the rate of investment. Members can withdraw credits based on the internal value of the credits.

So the more people invest in the program, the higher the internal credits go up. But only older members can take advantage of the ever-increasing credit, which should be Noorhamed and the rest of them.

Your level 1’s will then recruit new members and every member they sign up becomes your level 2.

These level 2’s will also do the same thing and every new member they get will now be your level 3.

This goes on for infinite levels, theoretically.

Note that Brank calculates referral commissions on a reduced $1 per token value (tokens are $1.30 to invest in).

Referral commissions are paid out with 80% in credits and 20% in tokens.

#1 Founders and Partners Have Individual Lawsuits

Maccabi has been around for years now, so who knows how many scams he’s actually promoted.

As mentioned earlier, the recruitment incentives are a dead giveaway that let us know that it’s a Ponzi scheme. The only people making money here are those at the very top of the tier, a.k.a. Noorhamed and the rest of them.

We seriously doubt that people outside of their circle made a single cent out of the program.

There’s nothing to like about Brank. It’s just one big Ponzi scheme and there are no winners here outside of the founders’ circle.

Is Brank a Scam?

Brank is just one big Ponzi scheme made by a few people who’ve promoted or created Ponzi schemes themselves.

There’s nothing of value to be had here because it’s only Noorhamed’s and his group that makes money.

The red flags of a Ponzi scheme are also there too, from the recruitment incentives to the founders’ shady past involvement with other Ponzi schemes.

This program is bad news!