Is The Rich Life Letter a Scam? It's One Investment Program to Avoid!
0

Is The Rich Life Letter a Scam? It’s One Investment Program to Avoid!

Welcome to my The Rich Life Letter review!

There are these programs that market themselves as financial or investment newsletters that allow you to make money by using their information.

No, this isn’t insider trading or anything illegal. They just want to give you info on what stocks to trade to make some money.

But are they worth it?

Today, we’re going to look at The Rich Life Letter.

Let me be completely transparent with you, I'm not associated with The Rich Life Letter in any form.

Instead, I'm here to reveal what this company's hiding and why this company is lying to you... 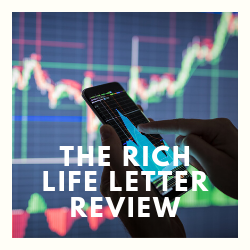 Summary:  The Rich Life Letter is an investment newsletter handled by Agora Financial and edited by Nitus Mattive. However, the credibility of the editor is at risk because the program just uses deceptive marketing techniques such as the use of fake testimonials and fake information!

What is The Rich Life Letter?

The Rich Life Letter is an investment newsletter that provides investment opportunities and financial advice. These advices are usually hidden from the general public, and marketing stocks considered as “hidden gems” that have the potential to increase in price drastically.

Is The Rich Life Letter a Scam - Teaser Landing Page

The editor of The Rich Life Letter is Nilus Mattive, who runs the program together with a group of financial analysts. According to research, he also had a stint with Agora Financial, which is the publisher of this newsletter and many more. 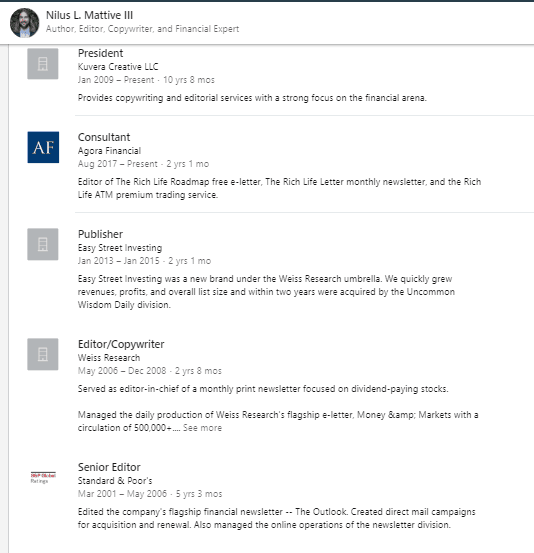 Is The Rich Life Letter a Scam - Nittus Mattive

The last part is something that’s no easy feat either because this position requires you to be highly qualified. For Mattive to secure that position means that he’s given some good financial advice.

Inside The Rich Life Letter

Much of the information you see on their landing page and other promotional materials are a bit questionable, but I’ll get to that in the next section.

Their landing page basically tells you that they have a program that no one’s ever heard about, and all they do at this point is give you a picture of what’s called Trump Checks. These are checks that people who signed up for The Rich Life Letter are getting and are earning money from.

They tell you that most Americans haven’t heard of this program nor do they know that this exists. They also let you think that this is some special retirement program offered by the US administration that no one’s gotten wind of just yet.

So what the heck is this program about then?

Well, Mattive tells you that the program is an investment newsletter and that he’s using this as a platform to inform people about this money-making scheme. The investment newsletter calls it the Trump’s New Social Security, and when you sign up for it, you get another free report called Wall Street’s Instant Cash Machine.

You get 2 more newsletters once you complete your signup but this isn’t what you’re getting with The Rich Life Letter.

What you’re getting from The Rich Life Letter are:

But the main product here is the investment newsletter you get every month. Everything else is just a bonus.

You sign up for this newsletter by paying a $89 annual fee. Some say that it was $49 but it was only for promotional purposes.

But what’s really going on here is that that you’re not signing up for a new Social Security program at all. In fact, it has nothing to do with Trump. Everything about their page is misleading.

Similar to another program we reviewed called Freedom Checks, this is just a program that collects payments from its members and provides somewhat decent financial information.

Who's The Rich Life Letter For?

The Rich Life Letter has decent information, but I wouldn’t say that this is a program intended for anyone. If you’re looking for getting started in investing, here are some programs we recommend:

And no, I am not affiliated with these products. Just click on those links to check out the reviews we made on them.

Throughout the sales page, you’ll see a bunch of people talking about how they’re collecting large sums of money through this program. The problem here is that the people here are fake, and are made up just like the information on their sales page.

Running a quick reverse Image Google Search on one of these photos lead me to their original sources.

Like this guy named Richard Stevens, who I found out that he’s not the guy that as marketed.

Then there’s this guy who’s named Jimmy Rogers, who claimed that he’s banked close to $60,000. Again, this guy is actually on another webpage called “The Death Below to “The Big 3″ Cable Companies”. 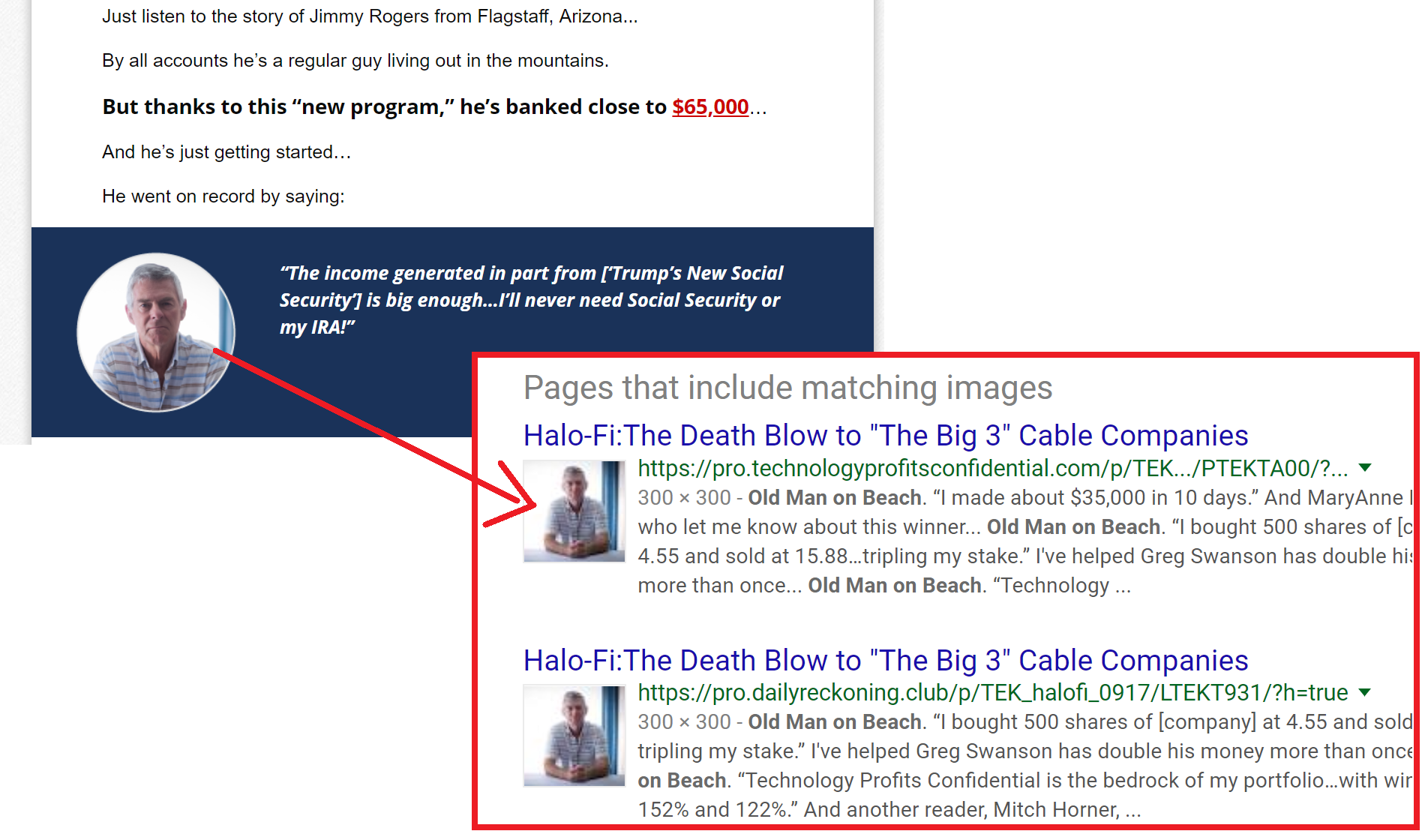 Here’s the second red flag about this program. There’s no such thing as a “new social security program”.

If there was, it would’ve been all over the news. Nobody from the IRS or Social Security will ever give you checks for no reason.

There’s no loop hole in any legislation that even guarantees any income from this program.

#3 There's No Such Thing As Trump Checks!

And now for the last red flag: there’s no such thing as Trump Checks. They never existed in the first place. And I don’t think they will ever exist.

Yes, even if you do get a check from Trump (which is unlikely), it’s not going to be dubbed as a Trump Check as seen above.

Despite having someone as qualified as Mattive run the newsletter, the program doesn’t really impress me that much because of the numerous red flags that I listed above.

For the life of me, it’s a legitimate program but with very fraudulent marketing tactics. The use of fake testimonials and fake information just takes away a lot from the credibility of the editor.

Now I don’t know if he knows that the testimonials or the marketing tactics are fake, but he does put his name and credibility at risk here.

Is The Rich Life Letter a Scam?