Is Saivian A Scam? Another Ponzi Scheme EXPOSED!
0 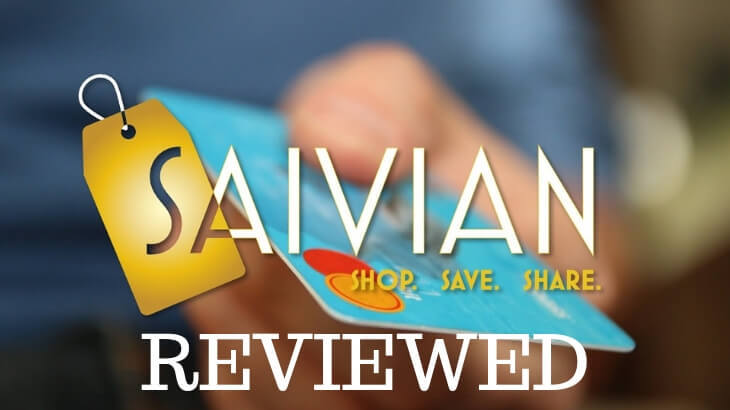 Is Saivian A Scam? Another Ponzi Scheme EXPOSED!

Welcome to my Saivian review!

If you've ever been recruited for a program that allows you to get cash back on your purchases, then you just encountered Saivian.

Let me be completely transparent with you, I'm not associated with Saivian in any form.

Instead, I'm here to reveal the dirty secrets of this MLM company and why it's ceased its operations.

Is Saivian a scam?

Summary:  Saivian is an MLM company that provides members with cash back and business opportunities via its commission program. However, it operates on a level similar to your run-of-the-mill Ponzi scheme (and I'll explain later in this article). They rely too much on recruitment than the product, and it took a long time for people to get their cash back from their purchases. On top of that, no one made REAL MONEY from their referral system as well.

Quick Navigation
What is Saivian?
How To Make Money With Saivian?
Saivian Ugly Truths Revealed
What I Like About Saivian?
Is Saivian A Scam?
How I Make A Living Online?

Saivian is an MLM or Multi-Level Marketing cash-back company that promises to pay its members 20% back for all of their everyday purchases in commercial stores like Target, Starbucks, and Walmart, just to name a few.

The company was founded by John Sheehan and Steve Gewecke and Kevin Marino.

In my quest to find out more about their founders, I did a quick search on all three founders:

In August of 2017, they ceased their business operations all across the USA since it was dubbed as a Ponzi scheme.

It remains unclear as to whether or not people got their commissions back after closing down their operations since we only have this statement from their official website: Now, what’s interesting here is that on their website, Saivian announced that they broke down into different entities to accommodate the refunds. So, they migrated into a new platform called SaiviWORLD.SG in order to process the refunds and the unpaid commissions. A quick Google search led me to a mobile app of the same name:

It would be safe to assume that they are still operating through this app, and by looking at the app’s descriptions, it still promises the same cash back program as its predecessor.

Saivian does not have any physical products to sell, so you don’t have to worry about stocks and inventory issues.

Once you’re a member of Saivian, you can enjoy cash back benefits from shopping and travelling:

This allows members to get 20% cash back on their shopping as long as its valued between $5 and $300, but this option is only available for its US-based members.

This is a 20% cash back on any travel-related expenses ranging from $50 to $3000 and is made available to all members globally.

How Saiviani’s Cash Back Works?

In order for members to take advantage of the cash back program, individuals need to become members first.

Once they become members, they’ll need to choose 10 retail stores where they shop and dine.

Once that’s done, members just need to take pictures of their receipts and send it to Saivian, where they’ll get 20% cash back from their purchases.

This is a necessary step for them to successfully get their cash back.

So, they're not that much different from other cash back companies like Lyoness and Market America.

Do Their Products Work?

Unfortunately for Saivian, the company does not have any physical product line set in place.

After a member signs up, they are taken to Saivian’s affiliate program, which is an e-commerce portal that’s run and managed by a third party.

What’s questionable here is that the portal has no actual ties to the MLM opportunity that Saivian is pushing for.

How To Make Money With Saivian?

There are two ways for you to earn money via Saivian:

How To Get Started With Saivian?

Saivian charges a really high membership of $125 from all of their members.

Note that this is not a one-time fee, so it gets auto-charged to your card every 28 days, so you’re paying their membership 13 times a year.

However, you are not getting  paid the $250 right away. You have to wait 90 days before that gets paid out. Also, you need to spend roughly $1,250 to get that kind of cash back.

Now, Saivian’s compensation plan revolves around a unilevel compensation system and affiliates are broken up into different teams.

So the way this works is that each team starts out with only one affiliate at the very top of the team, and then this affiliate recruits other people to join the company.

When this takes place, these members are placed on a level 1 spot. When level 1 members recruit, the members they get are placed at the level 2 spot. And then it goes on from there.

These levels are virtually endless and the commission that an affiliate earns is dependent on how many affiliates they recruited in their downline. Commissions are paid out when you get at least 3 members on your downline and work from there.

In essence Saivian no longer is your typical cash back program but now an MLM where you get most of your money through recruiting people.

It works like a pyramid scheme when it’s illustrated like that because the main focus is on recruitment and not on the product.

This video completely explains their compensation plan so I don’t have to.

Why did they have a complicated system?

It’s so you end up paying roughly 3 months’ worth of membership to get a cash back of $250. It’s kind of sneaky and Saivian is definitely winning.

And then that’s just for the first cash back. What happens if you submit another receipt?

It’s going to take another 90 days!

If you’re looking for consistency in paying out, there are better options out there like affiliate marketing.

John Sheehan, together with Kevin Marino and Steve Gewecke, founded the company but they didn’t actually stay for long. John Sheehan was eventually replaced as President by Eric J Dalius, or E.J. Dalius. It was later revealed that Dalius was one of their silent partners for the company.

Later on, it was revealed that Dalius purchased a $16 million-dollar mansion from the 2 years that he ran the scheme.

Because they migrated to a new system called SaiviWorld, I was unable to uncover who currently runs the platform.

No other information is available about the new platform apart from the fact that it still runs the same program as Saivian.

#3 - There Was No Way You Were Going To Earn Money

It took 90 days to get cash back, and the commissions for affiliates are just terrible.

I mean, just look at these rates:

Members needed to recruit at least 3 members to get a daily pay of $5, which amounted to $150 a month.

But you still needed to be a member so deduct that from your monthly membership, you’re only netting $125!

Did people earn money though?

I was unable to locate their income disclosure statement (I’m not even surprised) and it’s led me to believe that no one really made money here.

I always try to be as objective and as honest as I can be with my reviews.

With that said, I also make people aware of a company’s good side.

However, there’s nothing positive worth pointing out about Saivian and its compensation plan.

Is Saivian A Scam?

The answer is a big yes. Even though the company has already shut down its operations, the way it was running was clearly a scam.

First, it was an outright Ponzi scheme that relied on recruitment more than the product itself. There was no way for anyone to earn back their money.

Second, it took 90 days to get the cash back, which was the whole point of the program. They could’ve made it worth anyone’s time if they only gave the cash backs within a decent time frame.

Third, no one earned enough money to make it worth their while. You’d need to recruit 12 people to really make enough money, and that’s a whole lot of people to convince in the world of MLM.