Is Prime Time Profits a Scam? You Bet It Is! No Profits Here!
0

Is Prime Time Profits a Scam? You Bet It Is! No Profits Here!

These scams are about a dime a dozen, and mostly because they just end up being rebranded version of another scam.

You usually see these programs claiming that you can earn hundreds of dollars a day without lifting a finger, and some of them will try to be credible enough that they have their members talking about the program.

However, everything that they say will end up as nothing but lies.

The scam that we’re going to be talking about right now is Prime Time Profits.

Let me be completely transparent with you, I'm not associated with Prime Time Profits in any form.

Instead, I'm here to reveal what makes this a possible scam, and the evidences I have against it! 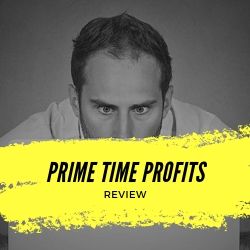 Summary:  Prime Time Profits appears to be a promising program, but it's nothing more than a scam and I have three reasons to show you why. Fake testimonials, fake Tweets, and a fake sad story are just some of the reasons why I believe this is a scam, and I'll show you the proof as well!

What is Prime Time Profits?

Prime Time Profits is a program that claims you can make $500 a day by doing a weird trick online.

This sounds vaguely familiar, and their landing page even more so. 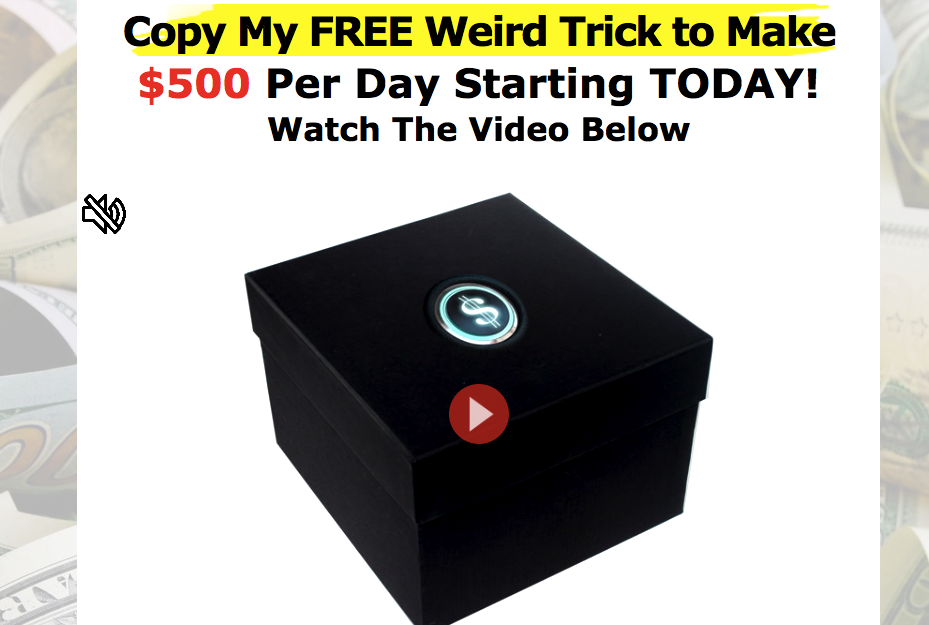 From their landing page alone, the bold income claims are there on plain site and then you have the video that talks about how “lucky” you are that you stumbled across their website.

If you watch the video, the spokesperson (probably the owner) talks about how the program easily makes him $500 a day and how his members are earning thousands of dollars on their first month.

Let me tell you right now that all of these claims are FAKE from the get go.

The program reminds me of the following scams that I’ve recently reviewed this year:

And a whole lot more.

So the way the program works is that you’re going to be earning $500 a day by doing nothing but a simple trick to be shared to you once you sign up.

At least, that’s what the sales video and the site says so.

Using their system called a BLACK BOX, you can easily generate cash by clicking on the button.

Basically, they claim you can make up to $180,000 a year by just using their system alone.

Obviously, these are all lies and the program serves no other purpose than to make its creator a lot of money.

Initially, the sign-up fee is about $197 but since you came at an opportune time, you’re going to get a huge discount for signing up.

Once you hand over the cash, you’ll then be faced with more upsells that claim to be “better” versions of Prime Time Profits that will make you even more money.

Obviously, that never happens and now you’re left with $100 gone from your wallet. 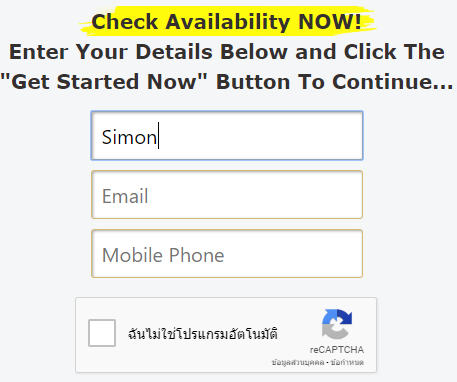 The sales pages are intricately designed to make you purchase on impulse, mostly due to the fact that they have what I call “FAKE SCARCITY”.

This is to trick you into buying towards a limited slot for the program.

But if you’re an affiliate marketer who knows his way around the system, you’ll know that no one in their right mind would EVER LIMIT anyone access to their program.

What Products Do They Offer?

Well, there’s no product sold here. You don’t even get an outdated training course for your troubles.

Prime Time Profits acts like a cash gifting scheme of sorts that gets you to buy into the system and then you sell the system to other people to make money.

But in reality, it’s more like a Ponzi scheme in disguise.

Are Real People Making Money With This? Nope!

Sometimes I just have a hunch that the people talking about these programs are nothing more than made-up people.

Enter Paul and Carol Miller, both of whom claim that they’re earning $14,000 per month thanks to Prime Time Profits. 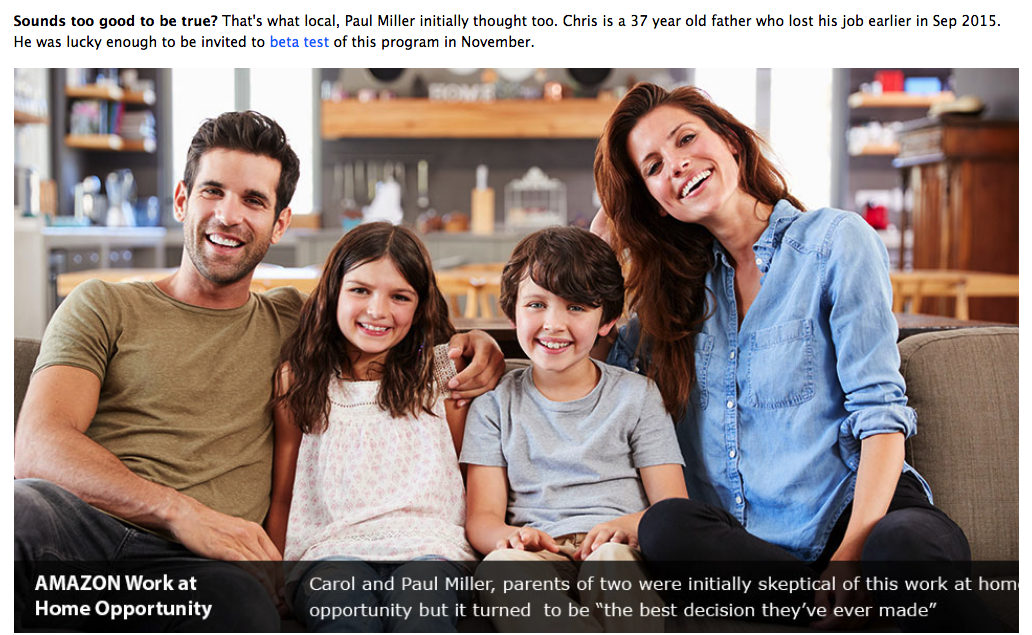 As you can see from their landing page, you’ll find that the name is made up because they keep calling him CHRIS instead of PAUL.

How hard is that?

Like most of these scams, Paul Miller narrates how he ends up losing his job and turns to using this system as a source of full-time income.

Then he goes on about how this program changed his life and now he and his wife, Carol, are now using the program to make ends meet.

Unfortunately, this is all a sham.

Who's Prime Time Profits For?

Prime Time Profits is obviously a scam and does nothing for anyone.

If you want a legitimate way to make money online, I would invite you to check out my step-by-step guide on affiliate marketing.

It’s free, doesn’t require you to sign up for anything, and it doesn’t even push anything to sell.

By now, you should’ve guessed that Paul Miller does not exist.

The picture that the site’s posted is nothing more than a stock photo. 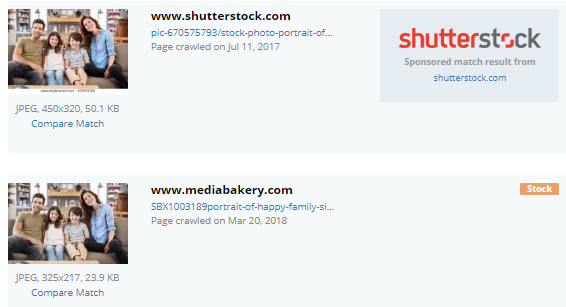 Proof that it's a stock photo

The truth is, programs like Prime Time Profits uses a scheme like this to get people to relate to their sales pitch.

I mean, there’s nothing more touching about a rags to riches story, but only if it’s ACTUALLY TRUE.

A fairly uncommon tactic, these fake tweets can also be found on sites such as Amazon Cash Websites.

These tweets will even mention other scam sites such as Fast Income Generator, which doesn’t exist as a Twitter account. 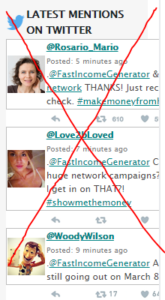 If you also look up these Twitter users, you’ll find that they don’t exist as well.

The photos that the site uses on these users are probably stock photos (as seen in Amazon Cash Websites).

Within their sales video, you’ll find a couple of people who claim that they’ve made thousands of dollars in a day. 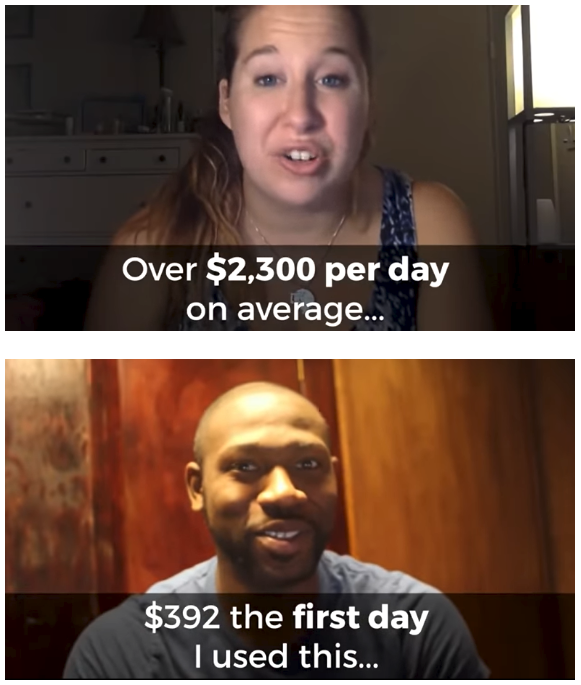 If you’ve been reading my blog for some time now, you’re probably familiar with these people.

That’s because they’ve appeared in other testimonials as well, and no, they aren’t as legitimate as the next one.

These actors come from a site called Fiverr, which is a freelancer marketplace that provides you with people who’ll create content. This includes being a video spokesperson.

For a few dollars, you can get a legitimately looking testimonial about your program.

The program’s 100% complete BS and like I said earlier, it will do nothing for you.

Is Prime Time Profits a Scam?

I have enough reason to believe that Prime Time Profits is a scam, or at the very least, a program that doesn’t do anything for you (except take your money). 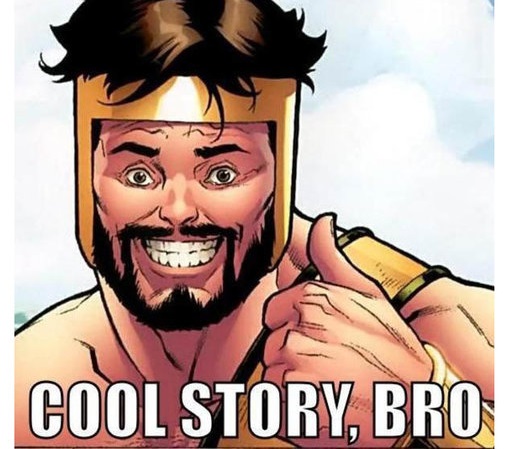 Fake claims of income, fake tweets, and fake testimonials coupled with a fake sad story, there’s just a lot of things that are very dishonest about this program.