Is Jerky Direct a Scam? It's A MLM That Sells Jerky!
0 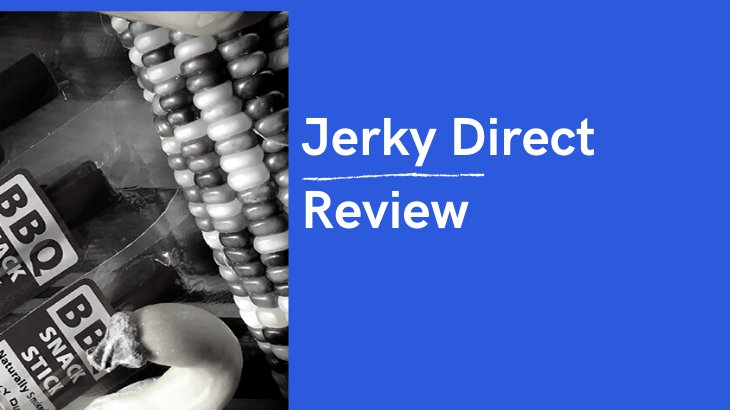 Is Jerky Direct a Scam? It’s A MLM That Sells Jerky!

Welcome to my Jerky Direct review!

Coming into this review, I feel like I had developed some form of bias because I am a huge fan of jerky. I mean who isn’t, right?

But I had to create this very honest review about Jerky Direct, and it’s a MLM company unlike any other.

Let me be completely transparent with you, I'm not associated with Jerky Direct in any form.

Instead, I'm here to reveal why this company isn't that good despite having an awesome product 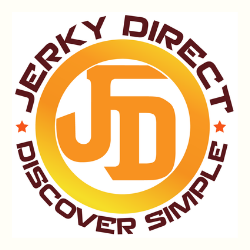 Summary:  Jerky Direct is a MLM company that has you selling jerky products. Despite having awesome products, there isn't much to go around with their program. There's just no proof that anyone's earning any money at all, and there's not even a single shred of comment about their MLM opportunity from their members.

What is Jerky Direct?

When you think about MLM or multi-level marketing companies, you automatically assume that they would either be selling health and wellness products, cosmetics, or even investment and insurance products. 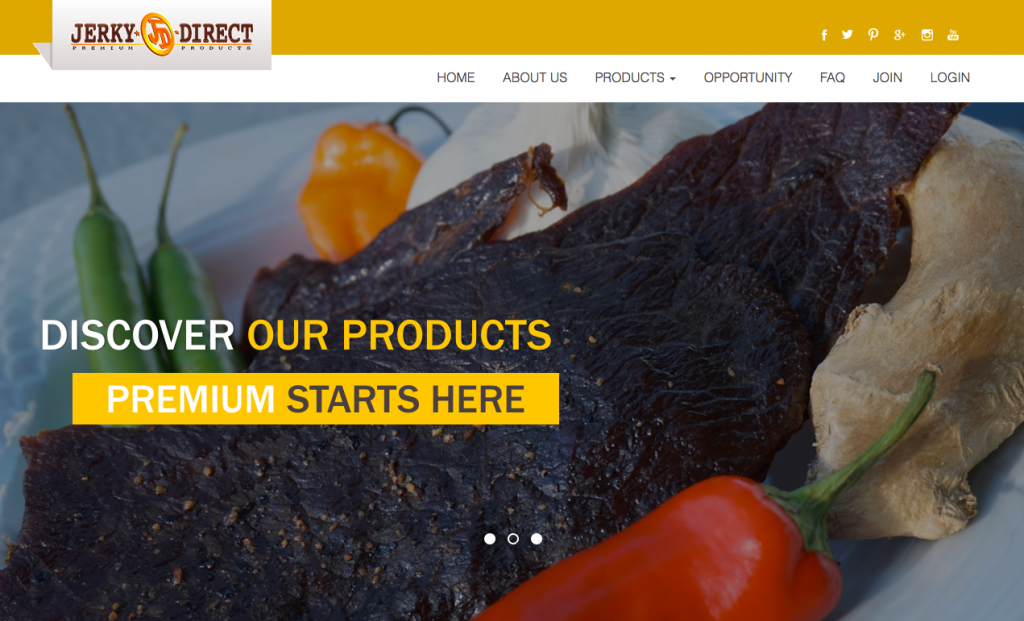 But this company is very different from any other MLM company and it’s probably the first of its kind.

This is what Jerky Direct brings into the market as they provide you with the opportunity to make money from selling their jerky products. You read that right. You’re going to sell beef jerky products.

According to their website, the company was founded back in 2004 with no mention of who was its original founder. Months down the line, the company was taken over by Attrition, which paved the way for its decline.

Then they closed for the first time due to financial difficulties but one entrepreneur saw the opportunity and bought the company. Owner and CEO Daniel Jay relaunched the company that same year and it’s a whole new story from there.

Jerky Direct markets jerky products, which is a unique product line in itself because there’s no other MLM company that markets these. 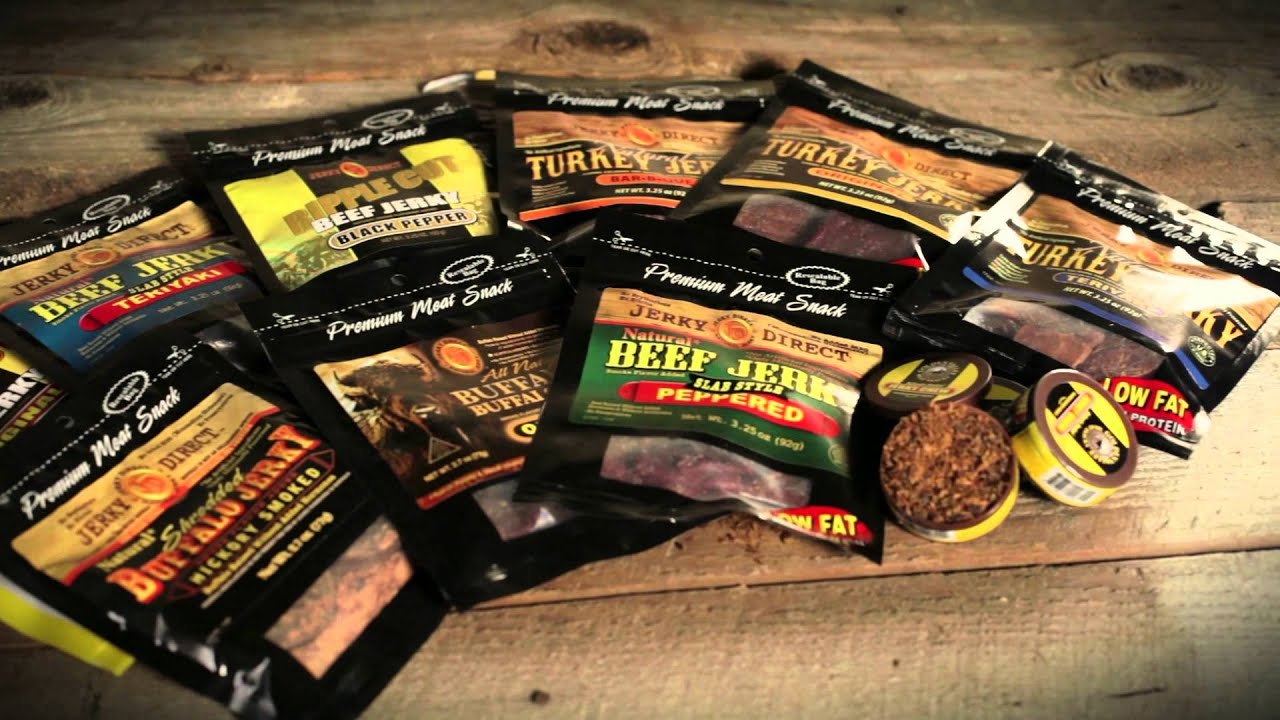 Is Jerky Direct a Scam - Some of Their Products

Jerky Direct claims that their jerky is made by a Master Jerky Maker, who’s been creating jerky products for more than 16 years. Unfortunately, they don’t offer any information as to who this person is.

Their products are all packed in 2 2.5-ounce bags and sells for $21.75. Listed below are the styles and flavors currently available on their catalog:

Jerky Direct doesn’t have any positive or negative reviews about their jerky, and as a jerky aficionado myself, I found this to be extremely odd.

Is Jerky Direct a Scam - Some of Their Products Again

Jerky quality is highly subjective and that there’s no fixed way to determine their quality and taste based on industry standards.

Because I found no positive or negative reviews, it leads me to believe that their products are more or less the same as your commercial brands and that there’s nothing that makes them stand out as an “excellent jerky brand”.

How To Make Money with Jerky Direct?

Jerky Direct provides you with a traditional way of making money through their MLM program, and that is through:

How To Get Started with Jerky Direct?

To join their affiliate program, you’ll need to pay a membership fee of $15.95.

To join their MLM program, you’ll have to buy or make a sale on one of their Product Packs (priced at $21.95.

As an affiliate for Jerky Direct, you earn a commission when you sell product packs to retail customers.

They haven’t mentioned the commission rates, but I assume that it would be somewhere within 15% and 25%.

When you recruit a new member into signing up for Jerky Direct’s membership and they purchase their first order, you get $5 per Product Pack that the recruit has purchased recently.

Their residual commission pays out on a unlevel payment structure, and only the first 7 levels of a unilevel team can qualify for these commissions.  These are paid out every month and based on the total amount of retail sales and affiliate orders within the past month.

Every Product Pack sold is $5 commission then split up between all 7 levels that exist within each team.

If you check their BBB to make sure the official website is listed there. To my surprise, it’s listed as jerky.bz.

Now this could be a redirect thing, since both URLs point to the same landing page. However, their website is far from being complete too, which is another disappointment in itself.

Store-bought jerky products are relatively cheaper than Jerky Direct’s products, and if you don’t really mind the price tag, then there’s no stopping you from buying just from the store.

For $21 for two-packs, and without the option of just being able to buy one pack on its own, you’re better off with the commercial brands.

And there’s nothing unique about their jerky products as well.

#3 History of Shutting Down

So the company shut down early in 2016 and relaunched itself a few months after closing down. It’s a good thing that it came back up, but who’s to say that it won’t happen again?

I am not wishing that the company shuts down. They’ve been up for almost 3 years now, which is longer than they’ve been operating before they first closed down.

However, it’s just a red flag here that this history of shutting down looms over them.

#4 No Product Complaints Or Praises

For something that’s related to sweet old jerky, I’m surprised that there’s no positive or negative reviews about their program. Again, I would like to point out that jerky feedback is subjective and it’s all dependent on the person’s taste and palette.

However, it would still be nice to find out from actual people how their products and their MLM program has worked out for them.

They may not be accredited by the BBB, but they are certified with the USDA, which is a more important certification.

Doubt the program and income opportunity all you want, but the quality of their product cannot be denied because of this certification. You’ll be certain that the products are 100% organic and it’s free from synthetic additives.

Is Jerky Direct a Scam?

Jerky Direct is a legitimate MLM company but as far as I’m concerned, there’s just a lot of issues that make me not want to recommend their program to anyone.

There’s no proof that anyone’s making any money from their program, so don’t invest time and money into it just yet.

If you just want to purchase their jerky products, I would recommend it because they’re USDA certified and they’re 100% organic!