Is Immediate Edge a Scam? It's Another Trade Bot Exposed!
0 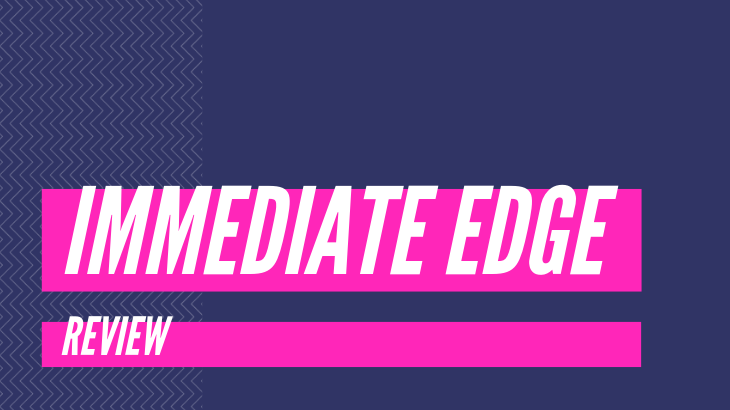 Is Immediate Edge a Scam? It’s Another Trade Bot Exposed!

Welcome to my Immediate Edge review!

Trading robots are all the rage, especially when they’re legitimate and could produce results.

But what happens when you deal with a trading robot that’s nothing more than a scam?

Well, you’ll find out in this Immediate Edge review.

Let me be completely transparent with you, I'm not associated with Immediate Edge  in any form.

Instead, I'm here to reveal what this trading bot is trying to do and what it's trying to scam you out of! 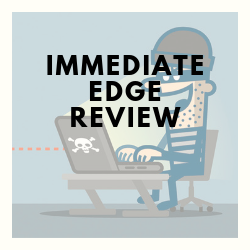 Summary:  Immediate Edge is a Forex Trading bot that tries to scam you out of your personal information and tries so hard to be so legitimate. On the Internet you'll find a lot of mixed reviews, but the more consistent ones are those that are calling this program a scam. I also have proof that this program is up to something. One proof is the use of fake testimonials, which is something that most legitimate companies don't need to do. Then there are other red flags that will be revealed in this article!

What is Immediate Edge?

Immediate Edge is designed as an automated bot for trading binary options, Forex, and cryptocurrency. This bot will automate a lot of processes for a wide range of investors.

However, I’ve read other reviews that shady brokers are using this platform to steal other people’s money, and that what we’re here to find out.

Immediate Edge was created by trader Edwin James, but upon doing a quick search in Google, I couldn’t find him on Google. No social media profile, no blog, nothing.

The only Edwin James that comes up is a scientist, who’s long been dead.

According to Edwin James, Immediate Edge is a system that buys assets, currencies, and futures and then selling them in financial markets.

This is done by a series of algorithms that the bot runs to determine when to buy and sell.

If a trading software was legitimate, their landing page would contain all the information on who regulates them. The reason for this is that at anytime they do something wrong, the traders can report to the regulating body immediately.

However, I couldn’t find any information on who’s regulating Immediate Edge, which is surprising given that some reviews claim that this is a legitimate software while there are others who say that this is a scam.

I am now inclined to believe that there’s something up with this program.

Who Is Edwin James and How Does The Immediate Edge Scam Work?

Edwin James is the man behind the app, and they tell you that the software is 100% automated and selects only the best trades in the market, so there’s no risk in your money.

No legitimate trading software would make a claim like that because they do the opposite. They constantly remind you of the risks involved in trading and that you’re either going to earn big or lose big.

Edwin James continues his sales spiel by telling you that the Immediate Edge bot is perfect for you because:

He said that Immediate Edge was the brainchild of the best traders and analysts in the world, and that this is the “most powerful and intelligent crypto trading software in the world”.

I highly doubt that.

Does Immediate Edge really Work With All Major Cryptocurrency Exchanges?

The answer is NO.

The people behind Immediate Edge are lying through their teeth to make you believe that the system is trading with major cryptos.

Much like the absence of who’s regulating them, there’s also an absence of anything concrete as to what they trade with.

There are already a handful of sites exposing Immediate Edge, and more will soon come. We’re just joining into the fray.

Who's Immediate Edge For?

At this point, I’m not confident to recommend this program to anyone. There are legitimate trading platforms out there that are far more superior than Immediate Edge, and I’ll point you towards them:

In their Testimonial Section, you can see that there’s just something up with the photos that they use. And using a site called TinyEye, I was able to check if these photos were as they say they were.

Obviously, the testimonials were BS, and as you can see, Delilah Adams is not a real person and her photo was stolen from another site for promotional purposes.

We’re inclined to believe that the two other persons beside her are also fake and the testimonials are forged.

The lack of any information about their owner, who regulates them, and their company leads me to believe that the company is fraudulent.

I’ve read one review that Immediate Edge is nothing more than a sales funnel for another bigger scam. At which point, there may be some substance to that claim since sales funnels only do one thing and that is to lure them into signing up.

Even if we want to believe that Immediate Edge is a legitimate software, there’s no assurance in their results that they products.

You see, in legitimate trading platforms, you’ll always have a list of people who made a lot of money using their platform. These pieces of information are also verifiable, which adds to the credibility of the platform’s track record.

Immediate Edge doesn’t have anything to prove that they are indeed making money for their traders because we already proved that their testimonials are completely 100% BS!

Probably the biggest red flag of them all is that there’s no regulatory supervision within the entire program.

The people behind the program don’t fall under any regulatory oversight and they are left to do anything they wish to do. This is a big no-no.

Legitimate trading platforms will always post on their landing page that they are being supervised by financial institutions, so at any given time something goes wrong, you can report them to these institutions.

Legitimate trading platforms will always have some form of accountability because of their regulatory supervision.

At this time of writing, Immediate Edge’s website doesn’t have SSL encryption, which basically compromises any information you send online via the website. This includes your name, phone number, and worse, your credit card information.

There’s nothing positive worth mentioning about this site. I am now 100% convinced that the platform is a scam.

Is Immediate Edge a Scam?

I am inclined to believe that Immediate Edge is a scam, and I think more reviews will expose them for the scam that they really are.

The use of fake testimonials and the absence of any real information about the company are just two of the many red flags that were raised during this review.

Everything about their program is suspicious because there’s no regulatory supervision, and that leaves them to do anything they want without answering to anyone.