Is BitConnect a Scam? The Grandfather Of All Pump and Dump Schemes!
0 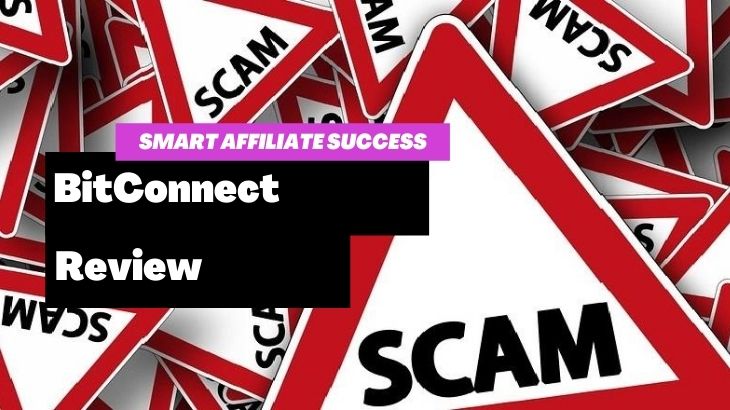 Is BitConnect a Scam? The Grandfather Of All Pump and Dump Schemes!

Welcome to my BitConnect review!

Here we have it, folks! The moment we’ve been waiting for. A review of the grandfather of cryptocurrency pump and dump Ponzi schemes.

You might ask, why are we still reviewing a dead program?

Well, the name’s dead but there are still hundreds of its clones proliferating the Internet today. And it helps shed light on how this huge network of Ponzi schemes operate.

Let me be completely transparent with you, I'm not associated with BitConnect in any form. 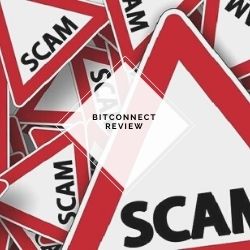 Summary: BitConnect is the grandfather of all pump and dump schemes, and may be one of the original companies who started making their own cryptocurrency. This company has shut down since 2018 and many of its owners are already in jail, but there are several clones proliferating the Internet.

Months after the program was created, BitConnect issued an ICO for its own currency to be used within the platform for investing purposes.

This is what the members were buying and investing in, and no longer BitCoin. As the months progressed, the program was continuously hit by controversies left and right. Its supporters have claimed and evangelized about their huge ROI’s while naysayers called it a big scam and claimed that the program was not 100% honest with how the business was run.

During the earlier days of its operations, no one knew who founded or led the company. But then, they started to show their extravagant investor’s parties or some event where all the prominent figures of the company attended.

Names such as John Bigatton and Divyesh Darji, both the head and core promoters of the UK and Indian divisions of BitConnect respectively. Don’t worry though as both of them were arrested and charged accordingly.

Bigatton was arrested and charged last November 2020 by the Australian Securities and Investment Commission (ASIC) for running a pyramid scheme. We don’t know if this charge dates back to his involvement with BitConnect or if he was running something else different and the past just came back to bite him in the arse.m

Meanwhile, Darji was arrested by the Gujarat Criminal Investigation Department after he arrived in Dubai. We assume that this was for his involvement with BitConnect seeing as he was the core promoter of the scheme.

There are no retail products or services available in BitConnect. Instead, you’re investing into their income opportunity. .

BitConnect has no real world application and has nothing to do with Bitcoin, even though they initially funneled their members into investing into the latter.

Their ruse of advertised returns of “up to 40%” have several cryptocurrency experts such as Vitalik Buterin and Satoshi call it a Ponzi scheme. When you have industry experts weigh in on your program, you know it’s a big deal. Buterin is the man behind Ethereum while Satoshi is the creator of Litecoin. Both coins are publicly traded and are legitimate cryptocurrencies. 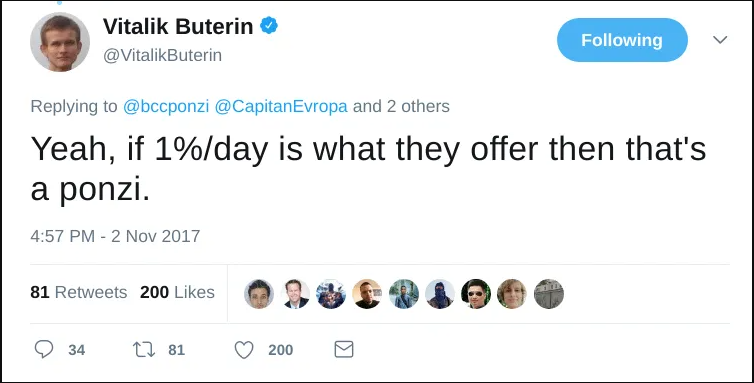 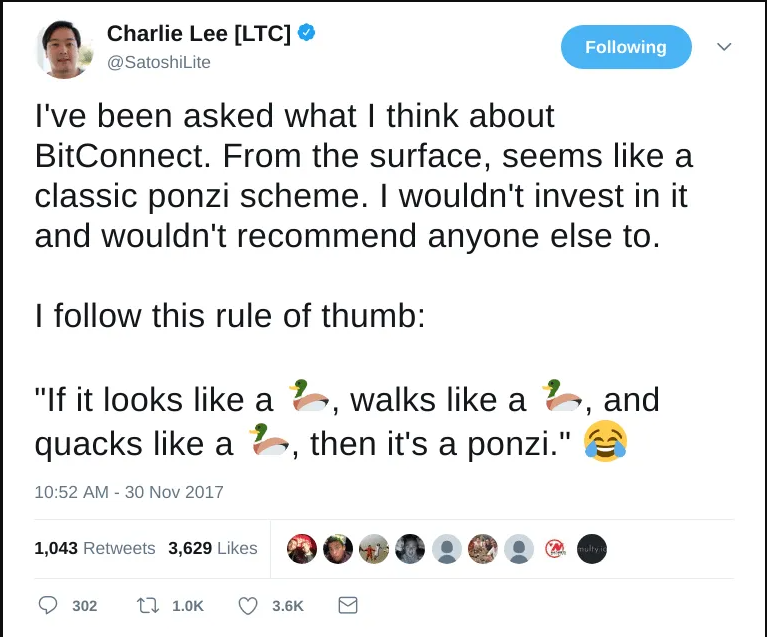 Is BitConnect a Scam - Satoshi Feedback

BitConnect also has its own cryptocurrency, which they refer to as Bitconnect Coins. But this is nothing more than a ploy for a huge pump and dump.

The owners of the company generated coins at will, so members will have coins to purchase or invest on. But they can’t generate a monthly ROI to pay their members with, so all the money that’s supposedly paying everyone’s ROI comes from these new coins.

The referral commissions only add to the pyramid scheme layer because the new investments are used to pay off existing ROI’s while new ROI’s will need to be farmed for.

This means that as long as people were on the bottom of the pyramid, they were never going to make any money.

How To Make Money with BitConnect?

People made money off of BitConnect by recruiting people, and that was it. The advertised returns were generated through these new member investments.

How To Get Started with BitConnect?

The membership into the program is fee, but in order to participate into the compensation plan, members needed to invest a minimum of $100 and a maximum of $100,000.

BitConnect promises daily advertised returns of up to 40% a month for 299 days. Members enjoy varying percentages based on their investment:

BitConnect follows a unilevel compensation structure. This places the member at the top of the team and their recruits are placed under them. This is their level 1.

When their level 1’s recruit, the new members become their level 2’s. And this goes on and on.

Residual commissions are paid out on percentage of invested funds across the unilevel team:

BitConnect, like its clones, are nothing more than Ponzi schemes and not because of the advertised returns and because of what others are saying.

Their compensation plan violates several guidelines, including the ones that govern MLM companies and its practices.

BitConnect and its clones make use of their generated cryptocurrency so they can do what’s called a pump and dump. They pump out cryptocurrencies on demand and then dump them to depreciate the value.

And their pump-and-dump mechanic is a crucial factor to their shutdown, which we’ll explain below...

#3 The Real Story Behind Their Shut Down

In 2018, BitConnect had to shut down their lending operation and exchange platform because they received several cease and desist letters from various financial agencies such as the Texas Securities Board and North Carolina Securities Division.

On their press releases, they claimed that these orders hindered their legitimate operations and forced their investors to pull out in a panic.

As if that wasn’t enough, their sites were also hit with numerous DDoS attacks and forced them to have long server downtimes.

Once they announced that they were shutting down their operations, numerous investors took to Reddit in a fit of rage and sadness. People cried about losing hundreds of thousands of their money, while BitConnect pushed out empty promises that they were still going to be around.

The pump and dump eventually led to a great devaluation of their coin, from a whopping $430+ to a measly $30. Of course, their coins were of no value outside of their platform so it wasn’t a complete loss to anyone who worked with legitimate cryptocurrencies.

There’s nothing to like about this scam. BitConnect and the people behind it are all going to jail, or have already been in jail.

Is BitConnect a Scam?

BitConnect is a Ponzi scheme and what we consider to be the grandfather of all pump and dump schemes. There’s literally nothing good to ever come out of this program. The only legacy they left is the numerous clones of their program.

The company operated on a lending and investment scheme which allowed people to invest on their proprietary coin, but then coins were nothing of value outside of the platform.

The referral commissions only reinforced the pyramid scheme further by forcing people to recruit in order to get paid.

Thankfully, the company’s shut down and we’re no longer seeing the people behind them running around. However, there are still a lot of clones proliferating the Internet and that’s very concerning.