What Is SuperSage? A Possible Forsage MLM Clone!
0 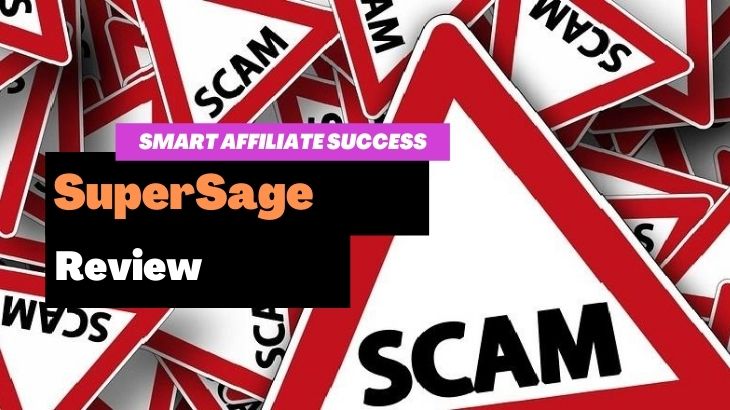 What Is SuperSage? A Possible Forsage MLM Clone!

Welcome to my SuperSage review!

The company that we’re about to review does none of that, and people wonder why they still fall victim to Ponzi schemes.

Let me be completely transparent with you, I'm not associated with SuperSage in any form.

Instead, I'm here to reveal what this clone has to offer, if ever... 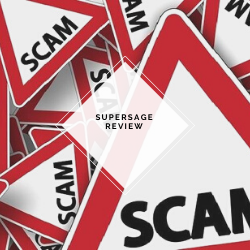 Summary:  SuperSage is a cryptocurrency MLM pyramid scheme that claims to operate in the blockchain. But there's just a lot of things wrong with what they're claiming. We also have enough reason to believe that this is a clone of Forsage, another pyramid scheme that we reviewed.

Quick Navigation
SuperSage Review Summary
What is SuperSage?
How To Make Money with SuperSage?
SuperSage Ugly Truths Revealed!
What I Like About SuperSage?
Is SuperSage a Scam?
How I Make a Living Online?

SuperSage claims to be a MLM or multi-level marketing company that operates the “first-ever 100% decentralized web and smart contract”. In simpler terms, it’s a decentralized crowdfunded matrix project that’s automated. This means that there’s no third-party involved in handling the funds and all payouts are automatic. 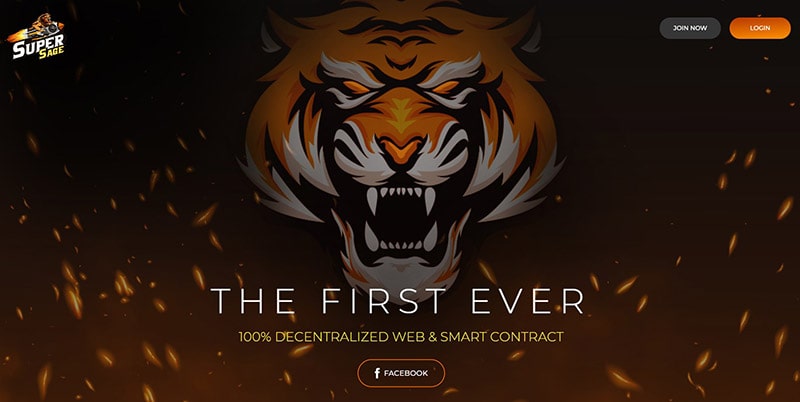 What Is SuperSage - Landing Page

But because they’re a MLM company, they would still need to be registered with the agencies that govern MLM activities. You know what we found out? They’re not registered with anything.

In fact, we don’t know who owns the website.

The domain name, supersage.io, was registered on July 2020 and done through a private registration.

The way their company works is that you invest in cryptocurrency, namely TRX or Trion, then your investment automatically gets put into the blockchain.

The blockchain computes the earnings you’re supposed to generate and pays you automatically.

There’s no product being offered by SuperSage here. There’s not even a service. All that you’re doing is investing in their so-called blockchain and having the smart contracts manage all the payouts.

SuperSage is a Ponzi scheme, as far as we can tell. The only way you’re making money off of this program is through recruitment, and you’ll see that on their compensation plan.

If you’re thinking that blockchain transactions can protect you from going to jail, you’ve thought wrong. Transactions are done in Tron or Ethereum and are pseudonymous, meaning these are done under a false name or alias. You can still be traced and prosecuted if you commit wrongdoings within the blockchain.

And why would you go to jail, you ask?

Well for starters, it’s a Ponzi scheme and that you’re making money off of people.SuperSage operates under the assumption of investing, and they need to be registered with the governing agencies to carry out these transactions. They’re promising passive income in the guise of these investments, but since they’re not registered with the agencies, they’re committing securities fraud.

If you make money when you invite people into the program, you’re also committing securities fraud. That’s how you land some jail time.

How To Make Money with SuperSage?

There’s only one way to make money from SuperSage and that’s through recruiting people.

How To Get Started with SuperSage?

You need to invest a minimum of 500 TRON (which is valued at $14.45 at this time of writing). There’s no mention of how much the maximum investment is.

Signing up for the project requires a minimum of 500TRX invested.

Once you’re invested, you’re put at the top of two pyramid structures called S3 and S4.

To make more money, you have to pay more TRX to unlock each “level”. To get your investment back at that level, you need to recruit new users into the project.

Once you’ve recruited 3 or 4 people, you earn TRX. You will then progress to the next level. You’ll unlock up to 28 available levels for users - 14 for S3 and 14 for S4. We don’t know or why it’s 14 for both when they’re both split differently.

Here’s an image of how the pyramid will look like. 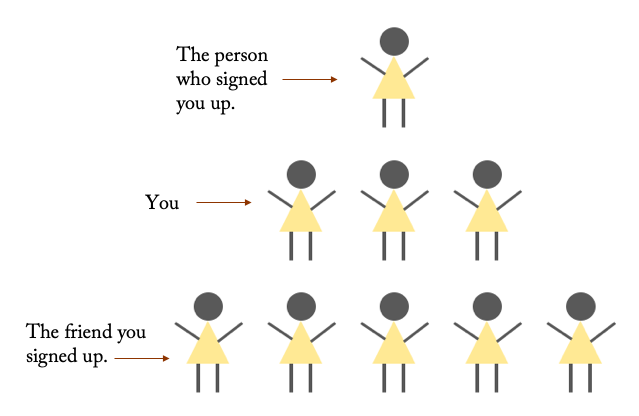 When you sign up for the project, users are required to pay 500 TRX (valued at $12.5 USD). Users then join the Partner Income system. This system puts users into two pyramid structures at once, called ‘S3’ and ‘S4’.

You can see a diagram of S3 and S4 below.

Now I know you have a lot of questions, so we’ll pre-emptively answer those in the next section below.

Here’s what doesn’t make sense for us. Why do they need to have you recruit people to bring money? Wasn’t the program supposed to grow your money by investing?

Let’s look at some numbers, shall we?

This is a snippet of some stats from their website.

The majority of that money only goes to the first 1% of the people who joined. They just make money off of people who just joined. That’s it.

From that point on, every new investor doesn’t earn anything until they recruit people. But even then, there’s no proof that they’re going to get paid here.

There’s no way to tell who owns the program, but we’re assuming that SuperSage is a possible reboot of other Ponzi schemes such as Forsage. We recently did a review about Forsage and it works the same way as SuperSage.

Even the language they use on the SuperSage website looks exactly the same as Forsage’s.

There’s nothing to like about SuperSage. It’s an obvious Ponzi scheme and there’s no proof that people are making money here.

SuperSage is a pyramid scheme as far as we’re concerned. Their compensation plan does not make sense in terms of what they have to offer.