Is Lucrosa a Scam? It's A Trading Bot You Don't Want!
0 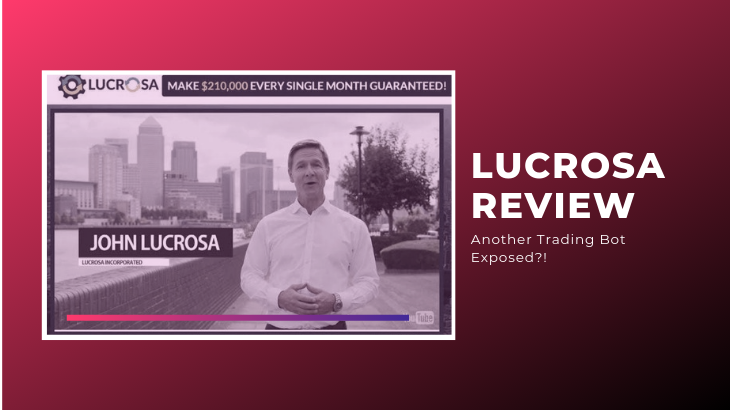 Is Lucrosa a Scam? It’s A Trading Bot You Don’t Want!

Welcome to my ​Lucrosa  review!

Trading bots are dime-a-dozen, and I say this because it’s easy to goad people into buying into these programs than any other scheme out there.

Why? Because trading comes with an inherent risk of losing money, and the people behind trading bot scams make it look like you lost money. But you lose money that actually has nothing to do with trading.

Here’s one of the trading bots that’s made the rounds in the Internet: Lucrosa.

Let me be completely transparent with you, I'm not associated with Lucrosa in any form.

Instead, I'm here to reveal what this trading bot is going to do for you and why it can't make you any money. 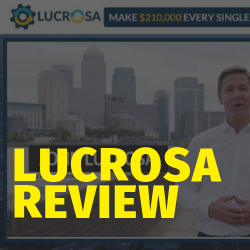 Summary:  Lucrosa is a binary option trading system that promises it can make you thousands of dollars in profits every day. However, the system is far from what it promises and what it can deliver. It's an absolute scam, or at the very least, it's doing something fraudulent to its members. The biggest red flag that I uncovered about this program is that they don't have any financial regulations, and I'll explain this in the article below.

Lucrosa, better known as the Lucrosa Method, is a trading bot that supposedly helps investors make thousands of dollars trading in cryptocurrency.

According to their site, the average daily profits from their system is $7,250 for an account with a capital of less than $500. However, these claims and more are nothing but shameless lies.

Findings from a 3rd party site called InsideBitcoins revealed that the trading bot’s accuracy is below 10%, so people who’ve tried this system is losing money.

However, we don’t know if the program is actually a legitimate platform with terrible accuracy, or a scam that’s intentionally designed that way. We do know that once you make a deposit, you’re never getting your money out.

A person by the name of John Lucrosa claims to be the founder of this trading program. But digging deeper into his background revealed nothing. 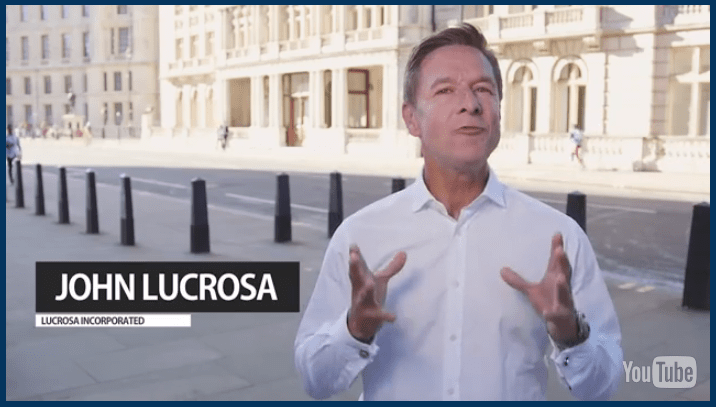 And that’s a red flag.

If you claim to be a successful trader or claim to have run a successful Hedge Fund, then you’d leave a digital footprint such as social media profiles and blog articles about your achievement.

He also claims to be a crypto guru, which he mentions at the start of the video. He also proceeds to tell you that there’s a sign up bonus when you deposit into the program, but we all know that you’re not getting any money.

Lucrosa is a binary options trading software that’s useful for trading binary options and other commodities. That is, if it worked the way it promised to work.

The program takes advantage of making money via binary options and allows you to make thousands of dollars in profits per day.

Here’s how the system works:

Is Lucrosa a Scam - Landing Page

Step 3: Invest at least the minimum deposit with the Lucrosa broker sets your account up with Lucrosa.

Lucrosa claims that you don’t need any trading experience to maximize the features of the trading bot. Everything is done with the help of their traders.

How The Program Actually Works?

Lucrosa is far from the trading bot that it claims to be because this is not how legitimate trading bots are advertised and marketed in the first place.

If you take a closer look at trading bots such as 24Option and IQOption, these are just two of the best trading platforms out there.

In both of these websites, you’ll find that they don’t even make sensational claims about making thousands of dollars every day. In fact, they do the opposite. They tell you that trading comes with inherent risks and that the possibility of profits are just as high as the possibility of losing money.

What Lucrosa doesn’t provide you with on their landing page is information on who regulates them. 24Option and IQOption have a separate page intended for this information so the users know who to get in touch with when something fraudulent is going on.

But the absence of regulatory information on Lucrosa’s part leads me to believe that the program is fraudulent in nature and that they intentionally did this so people won’t have anyone to report to about their shameless deeds.

No one. There are legitimate trading platforms out there that will help you in your trading endeavors. Lucrosa is not one of these platforms. Avoid this program at all cost.

One of the red flags that were raised during this review was the use of falsified testimonials. The trading bot’s testimonials has members saying that they made thousands of dollars in just a couple of days, but these people are just concocted by the creators. 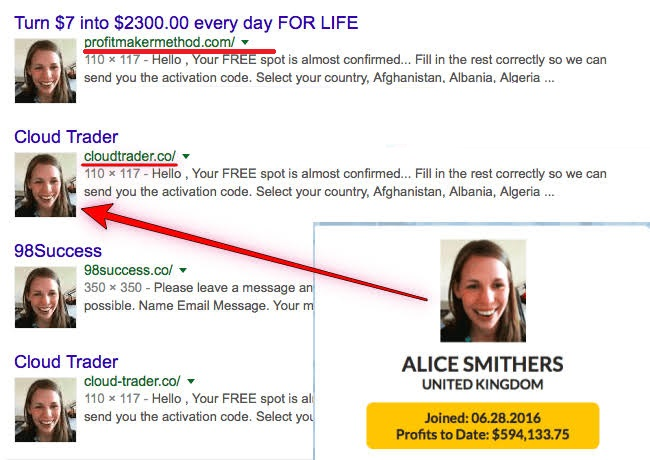 Is Lucrosa a Scam - Fake Testimonials

They used fake names and ripped off photos from other sites to make it look like the testimonial is legit. As seen on this screenshot right here:

A quick Google search for their names also led to zero results to anyone who’s done any trading, even with Lucrosa.

Lucrosa’s trading platform and website are highly insecure. They don’t have SSL security, which means that hackers can access the user’s data, including credit cards.

For a platform to handle thousands of dollars every day, this is quite unnerving because anyone could just hack the website and steal all of the user’s money.

I think the real con artist here is John Lucrosa, who claims to be a manager of some top hedge fund and he also claims to be one of the top trading experts in the industry.

But there’s just nothing on the Internet that sheds some truth behind his claims. For someone of his credentials and achievements, it’d be a difficult task to not leave digital footprints.

And not even all of the money in the world can hide you from the Internet. Heck, Warren Buffett can’t even pay any amount of money from hiding his accolades.

This leads me to believe that John Lucrosa is merely a paid actor hired from a content marketplace.

We did some research as to what financial institutions were regulating this trading platform, only to find out that there weren’t any.

That was to be expected because they’re a scam, and that they intentionally don’t want anyone to regulate them so they could go on with their fraudulent activities.

Legitimate trading platforms and their landing pages will always have information on who regulates them and they’ll even post their certifications when needed.

There’s just nothing about the program that I like because it’s a scam and they try so hard to not look like one. But all the red flags say otherwise.

At this point of the review, I would conclude that Lucrosa is a scam, or at the very least, a possible fraudulent trading platform that will not do anything for you except take away your hard-earned money.

This trading platform’s review has raised several red flags, but the biggest of them is the lack of regulations.

Regulation is crucial because trading involves the handling of money across a digital space and has the possibility of crossing different continents with different laws about how transactions are carried out.

The absence of any regulation on Lucrosa’s platform means that they just want to hide from these governing bodies so they can continue scamming on people.