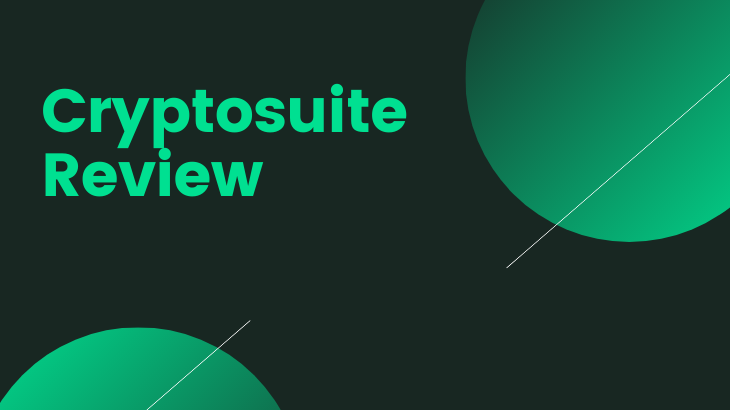 Welcome to my Cryptosuite review!

The cryptocurrency industry is relatively new, and it’s a breeding ground for a lot of opportunities that try to take advantage of the uninformed.

This review is all about software that promises to automate all of the trading done for crypto.

Let me be completely transparent with you, I'm not associated with Cryptosuite in any form.

Instead, I'm here to reveal why this is not the course you're looking for. 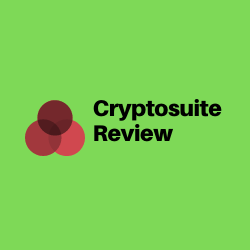 Summary:  Cryptosuite is a tool that claims that you can make a lot of money through cryptocurrency trading. However, it doesn't have enough proof that the system works, nor can we prove that the testimonials are true or fake because of the lack of proof of this system.

Cryptosuite was created by entrepreneur Luke Maguire, who claims to be the world’s first and only software that automates all the manual processes done by seasoned cryptocurrency traders.

It looks and sounds a lot like a trading bot, and a lot of cryptocurrency programs that are being sold are in the form of these bots.

However, there doesn’t seem to be anything fraudulent going on based on their landing page. But we’ll see.

Luke Maguire is credited as the creator of the software and he said that in his travels around the world, he was able to make some serious profits from cryptocurrency trading. 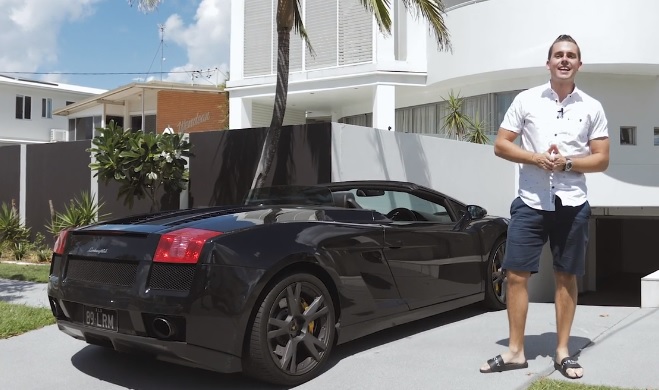 That claim is left unproven, and we’ll leave it at that.

Cryptosuite is an all-in-one solution for every traders’ cryptocurrency needs, meaning it has a host of tools and information that one needs to make some money, regardless of your experience.

Here’s a short list of what the Cryptosuite can do:

Here’s a short 2-minute video on how this works:

You can choose between a monthly membership of $47 or a yearly subscription of $297. Both are hefty when it comes right down to it, given that it still costs you close to $50 to try it out.

I would completely hold off on investing in this program, for the reasons that I am about to list down below.

I am not totally convinced that this program is intended for anyone at this time.

Contrary to how he presented himself on Cryptosuite’s website, Luke isn’t a cryptocurrency trader or expert. Rather, he’s an expert affiliate marketer.

He’s been known to launch a lot of affiliate products in the past, most popularly known were Instaeasy and Instamate. Both are shut down and no longer operational.

In his LinkedIn account, it says that he was involved in Cryptosuite for only a year, which doesn’t make sense because this program has been around since 2013.

As of August 2019, he was promoting another one of his affiliate products called AdvertSuite.

Now, I am not saying that Luke Maguire is a scammer. In fact, I’m just questioning his expertise on cryptocurrency, given that he’s making some big claims on making a lot of money from cryptocurrency.

He isn’t even a full-time trader or expert in the field, but rather he’s an affiliate marketer.

I also noticed that in his products, he uses the same spiel of traveling around the world while making a 6-figure income from this or that industry.

I checked their names and couldn’t find any other profile that these people existed. I mean, if you were making money from trading that way, wouldn’t you want a social media footprint?

For all we know, these are basically people who’re affiliated with the program the same way Luke is and that they’re making money every time they promote it.

However, I couldn’t find any indication that the program has a referral system in place or that it could be a secret benefit that only members know of.

Either way, don’t take their testimonials too seriously just yet.

Just like their user testimonials and their review sites, Luke doesn’t even present proof that he’s earned a lot of money with CryptoSuite. Other than hypes and fancy sales talks, there’s just nothing that shows that he earned money from trading cryptocurrency.

There’s no bank statements, no trading documents, and not even a single portfolio.

There’s just a lot of things that doesn’t quite add up, and I’m not saying that this program is a scam.

It’s just smokes and mirrors at this point, so there’s just no value to get out of this program yet.

Cryptosuite is definitely not a scam as far as I’m concerned, but it’s not something that I would recommend as well if you do want to start trading with cryptocurrency, or just trading in general.

For all we know, he earned a lot of money through the different programs he’s made, and that’s why he was able to make such claims of earning 6-figures.