What Is Affiliate Advisor Group? It's An Affiliate Marketing Scam!
0 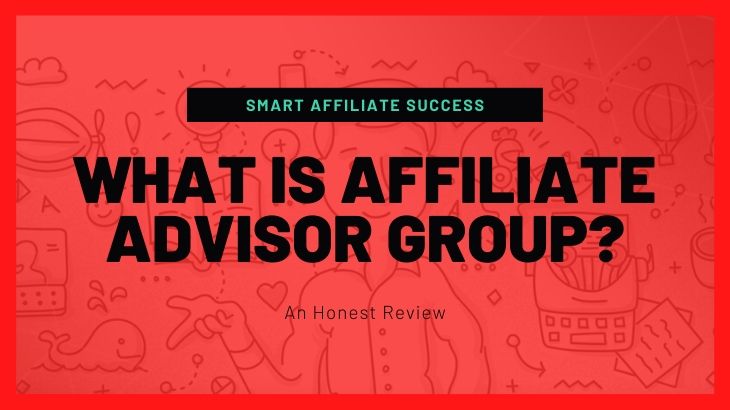 What Is Affiliate Advisor Group? It’s An Affiliate Marketing Scam!

Affiliate marketing is a legitimate business model, and many people have been successful in making money online through it. Due to its popularity, these successful entrepreneurs have created courses to help new people get into the business.

Today, we’re going to expose one of those scams called Affiliate Advisor Group.

Let me be completely transparent with you, I'm not associated with Affiliate Advisor Group in any form. 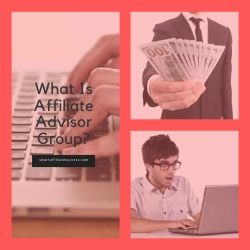 Summary:  Affiliate Advisor Group is an affiliate marketing DFY system that tries to pass itself as a legitimate business opportunity. But there's nothing of value here because this system isn't legitimate. The testimonials here are fake, and the income potential is nothing short of hyped up. There are still several things wrong with this company, and we'll expose them in this article.

What is Affiliate Advisor Group?

Affiliate Advisor Group claims that you can make hundreds of dollars a day using their “foolproof” “done-for-you” system that a few people only know about. 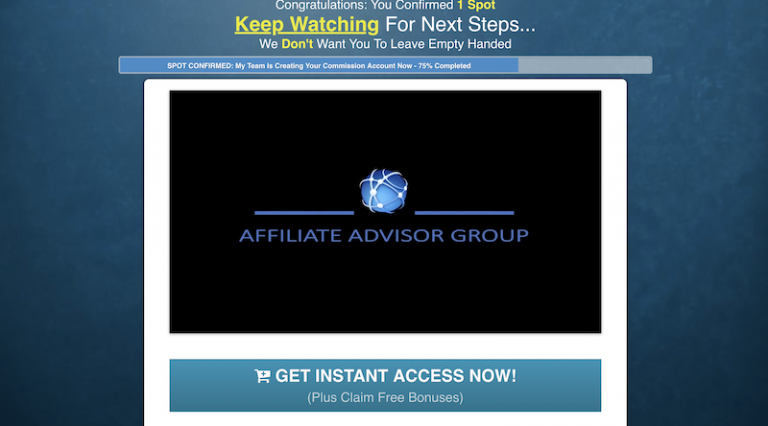 All that you have to do is click a few buttons and watch the money start pouring in.

It sounds good to be true, but we guarantee you that there’s nothing legitimate going on around here.

There’s no information as to who’s the brains behind this company, which is probably one of the smallest red flags we’ll ever see compared to the others we’re about to expose.

On their landing page, they’ll have a news video that talks about working from home and how a lot of people are making money from it. 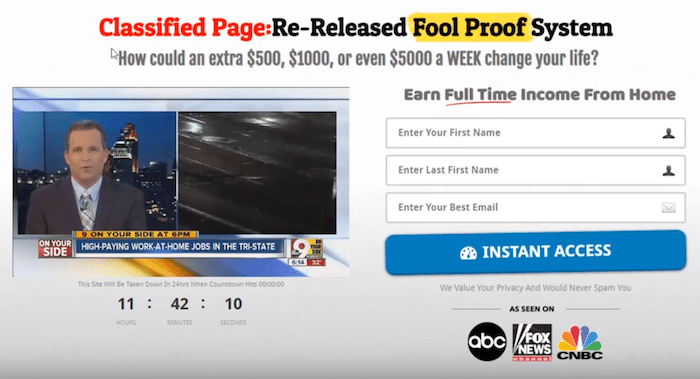 Take note that this is an actual news video but it doesn’t really mention Affiliate Advisor Group or any other company name for that matter. They only make you think that their company is popular because it’s on the news.

Somewhere on their landing page, you’ll find the “Get Instance Access Now” button that will allow you to check out the Affiliate Advisor Group. 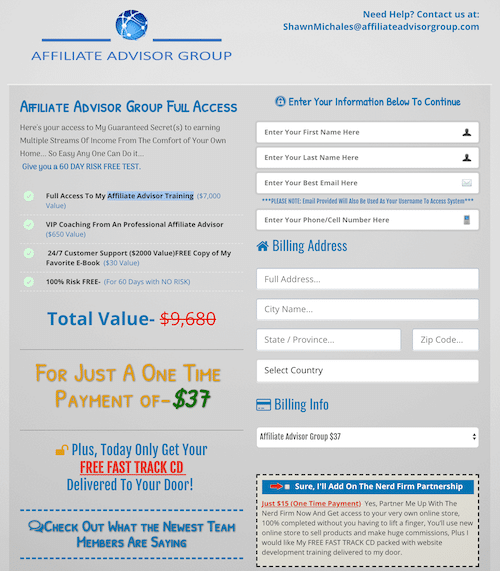 The program costs $37 one-time fee plus a $15 one-time upgrade. It doesn’t look like a lot of money, but it’s still $50 gone from your wallet.

Then once you’ve forked over your money, you get access to their members’ area where it contains some basic and possibly outdated training on making money online with affiliate marketing.

What Is Affiliate Advisor Group Exactly?

Affiliate Advisor Group claims that you can earn as much as $5000 in a single week, but this is nothing more than an outright claim from a get-rich-quick scheme.

What you get from the program is a DFY or done-for-you website which already has existing content and some affiliate links on it. All you have to do is drive people to your website and you’re on your way to passive income.

Or that’s what they want you to think. The website’s very low quality and is impossible to rank in search engines due to the duplicate content. Why duplicate content? You’re not the only one with the same website, so you’re going to be punished for it.

Affiliate marketing is one of the most lucrative means of making money online, and a lot of people (including myself) have been successful in making thousands of dollars a month.

But make no mistake. There’s no shortcut to success here. There’s no automation being done to get automatic cash flow through affiliate marketing. It takes weeks and months of hard work to get to where a lot of successful marketers are.

Who's Affiliate Advisor Group For?

No one. This program is an absolute scam and will not be of benefit to anyone. We’ll prove below on why we think this is a scam!

There’s no clear mention of who owns the Affiliate Advisor Group, but in the sales video, there’s a mention of someone named Jessica and Sarah. But we’re sure that she’s not the owner of the video.

This is a major red flag because if a person claims that their program can make you $1000 a week, then he or she should be proud of it.

But like most affiliate marketing scams, the owner never reveals their identity. Once the scam is exposed enough, they’ll just close this program and start over. That’s why they remain anonymous.

Another red flag is the hyped-up earnings posted on their landing page and sales video. Again, it’s possible to make hundreds of dollars per day with affiliate marketing. But it’s not going to be something that’s instant.

To make the business model work for you, you have to have a solid foundation and at least a basic understanding of how the Internet works.

There’s no proof here that people are making money, and I’m pretty sure that anyone coming forward to say that they do are probably fake.

Speaking of people coming forward to talk about their success, there are testimonials that you can find on their landing page. But you’ll find one that’s probably more obvious than the others. 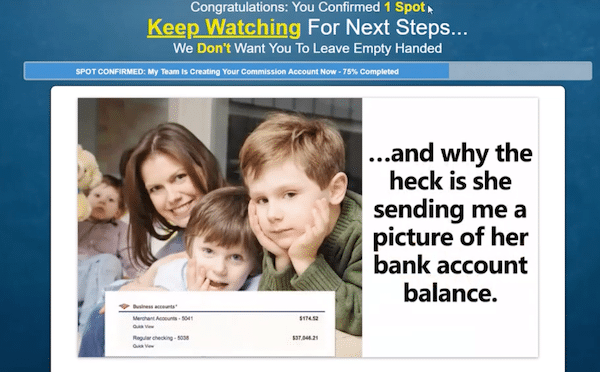 What Is Affiliate Advisor Group - Sarah

Enter Sarah, or Jessica, or whatever her name is. In her testimonial, she claimed that she’s down on her luck and that she’s had no income due to her losing her job or some other BS. Then she found Affiliate Advisor Group and it changed her life. 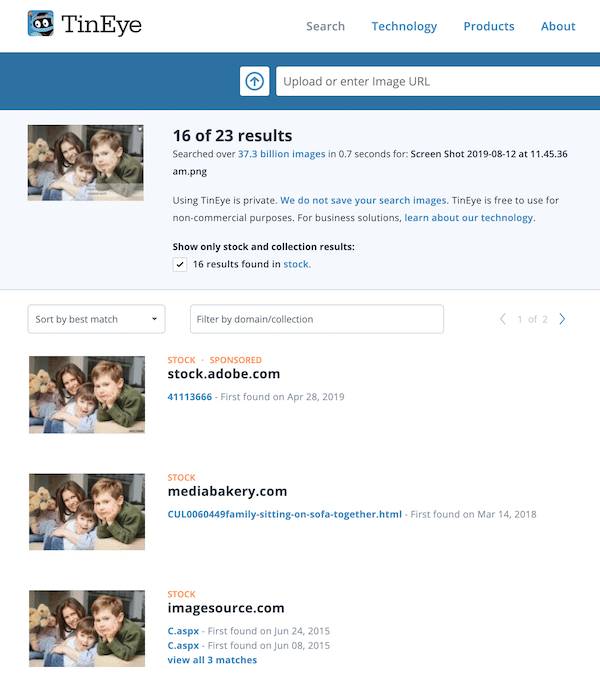 Now she’s telling people that their lives can change too once they sign up.

Unfortunately, Sarah or Jessica is fake. The picture that she has on her testimonial is actually a stock photo, and a quick retrieval from TinEye reveals the other sources of this photo.

The training that you’re supposed to get from Affiliate Advisor Group is found on their members’ dashboard, but it’s actually just outdated information on affiliate marketing.

You can do a quick search for what affiliate marketing is on Google, and they’ll point you to free articles that have more substance than Affiliate Advisor Group.

There’s nothing to like about Affiliate Advisor Group. The program’s a waste of time and Internet bandwidth.

Is Affiliate Advisor Group a Scam?

Affiliate Advisor Group is a scam, and doesn’t even try hard enough to look like a legitimate program. It’s basically the same as the other affiliate marketing scams we reviewed on this site, and it has all the same red flags too: