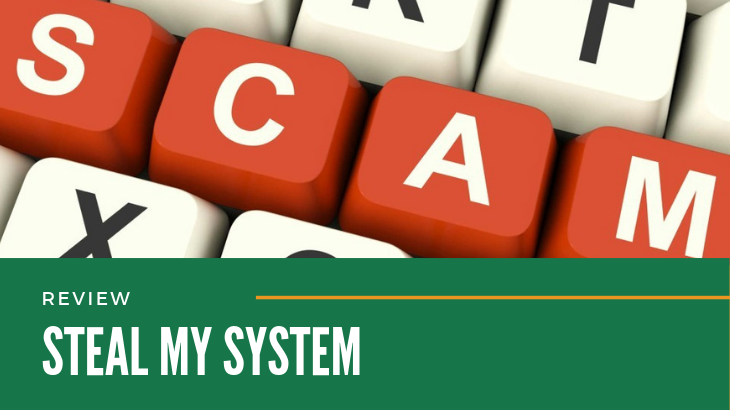 Welcome to my Steal My System review!

Looking that their sales page made me feel like I’m about to expect the usual: that this program is probably a scam and that they only have a gimmick to make people give them money.

Now, I received word about this program when I got an email from one of their creators, Steve. And so, I’ll break this program down for you.

This is Steal My System.

Let me be completely transparent with you, I'm not associated with Steal My System in any form.

Founder:  Steve (not a real person) 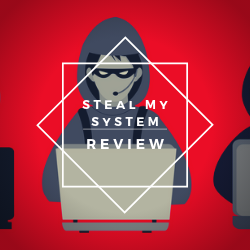 Summary:  Steal My System is nothing more than affiliate marketing scam that tries to milk you out of your money. It promises you that you can make $3,000 in a single week, but it doesn't say how the system does that. The fake testimonials and fake owner information are dead giveaways that the system is a scam and that there's nothing legitimate going on here.

What is Steal My System?

Steal My System is an affiliate marketing program that makes a bold claim of helping you make $3,000 a week using their system.

That’s about it from their sales video. 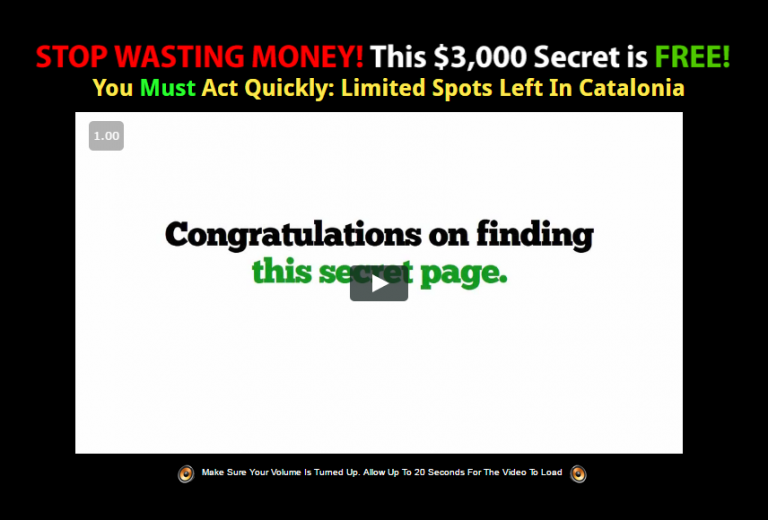 Steve, who appears to be the owner and spokesperson for the video, starts out his pitch by telling us a sad story about how he’s lost his job and everything is difficult for his family. Then he stumbled upon a secret system that apparently solves all of his problem, and now he’s sharing his program to you.

I’ve been in the online marketing world for about 6 years now and let me tell you that this is not the way affiliate marketing works. Yes, you can make $3,000 per week but it takes years and years to develop this kind of income stream!

There’s no turn-key system that allows you to generate cash online as well! If there were, we’d all be paying top dollar for that system!

Inside Steal My System

My guess here is that Steal My System is a rehashed version of another scam, or it bought leads from another company. This is why you probably received a spammy email from them. This is how they got me and this is their first step at attempting to bait you into their program.

Basically, the email said that I’d make money with a simple push of a button, which is more than enough to entice the uninformed reader.

The purpose of the program here is to make people like you give them $30 for the program, which is nothing like the sales video tells us.

Instead of getting a “push button income system”, you’re getting generic training materials on how to make money online. This means that you’re not going to make money at all because you’re just getting training.

But that’s not the end of the pitch. Once you fork over $30, you’re immediately hit with a lot of upsells when you login to the member’s area.

These upsells are more “make money systems” that make the same promise as Steal My System, but are also scams in reality. These cost hundreds of dollars per upsell, and the owner of Steal My System earns a commission when you buy these upsells.

How Much Does Steal My System Cost?

They also make it look like a good deal by scratching out the $299 on the sales page and replaced it with $9.95, which is proof that they’re just making stuff up for the program.

Who's Steal My System For?

Steal My System is not meant for anyone, and I say this with 100% confidence. There’s just nothing about the program that’s worth your time and money.

If you want to get started with affiliate marketing the right way, get a chance to be mentored by Jerry, owner of Smart Affiliate Success, and uncover the secrets to his success.

Steve’s sad story is actually a cut-and-copy story used by these fraudulent marketers in an attempt to relate to the average Joe and Jane.

He makes you think that this system is the solution to your financial woes, and that he’s giving you the chance to be the same as him.

Now he tells us that his father was already a successful online marketer back in the 1990’s. Unless his father is Jeff Bezos, it’s highly unlikely that there’s some truth behind this story.

He also explains that his father was an online scammer and that on his deathbed, he told Steve about some “fake make money online system” that he used on unsuspecting victims while he kept the “real secret” to himself.

Now, he’s sharing this secret to the entire world.

The story is just complete BS at this point because he even mentions in the sales video that his blind friend earned $1,000 in affiliate commissions in 18 hours.

In the video, there are a few satisfied customers who claim that they made a lot of money, like this guy right here.

He seems honest and authentic at first glance, but he’s nothing more than a paid actor from a site called Fiverr, a freelance content marketplace where you can get paid spokespersons video for as little as $5! 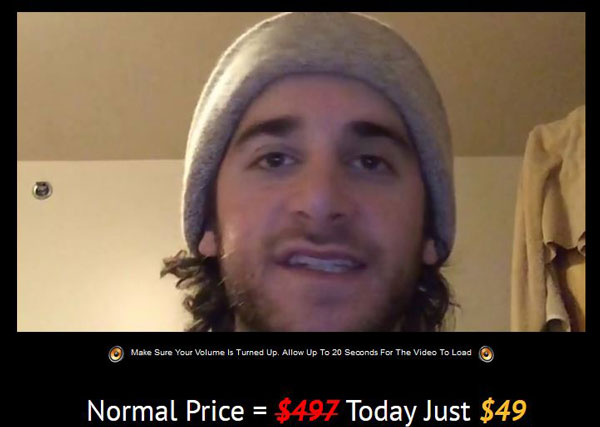 Here’s his Fiverr profile for comparison!

That’s just the reality of scams such as Steal My Systems.

They use fake testimonials to trick people into thinking that there are real people who tried this system and succeeded. Again, this is all smokes and mirrors!

The whole video does nothing but hype up the entire program, and is riddled with the fake stories and the fake testimonials.

The video doesn’t tackle how the system works and doesn’t tell you what you need to do!

If newbies were to get their hands on this video, they’re more likely to buy this program because of all the hyped up sales pitch that Steve delivers.

If you probably noticed, Steve didn’t provide a photo of him or his last name. If he was indeed the successful marketer that he claims to be, he’d plaster his face, last name, and even his social media accounts for verification.

This leads me to believe that Steve is nothing more than a fake persona used by the creators of this program to distract people from finding out who the real owners are.

He also hides his true identity to avoid getting sued by the customers they scammed.

Terrible business model, if you ask me.

This program is 100% completely fraudulent, so there’s nothing good worth mentioning to save it from a terrible review.

Is Steal My System a Scam?

Based on our findings, yes, we can safely conclude that Steal My System is a scam. At the very least, it does nothing to help you make $3,000 a week!

The fake testimonials backed by their fake sob stories and fake owner information are just some of the red flags that help us prove that this program is not legitimate at all.

Is Steal My System a Scam?